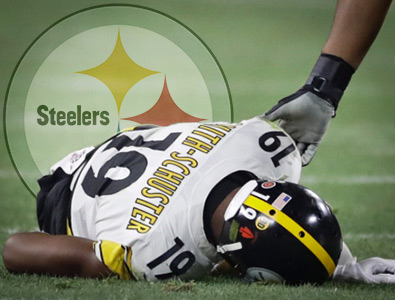 Smith – Schuster only had 2 carries for 6 rushing yards as well as 0 receptions for 0 receiving yards on only 1 target before having to leave the ball game during the second quarter of action in extreme pain following the play in which JuJu’s shoulder was violently popped out of its socket. Smith – Schuster was advised to skip the blue side – line injury tent, and he was sent directly to the Steelers’ locker room for immediate evaluations from the Pittsburgh Steelers medical staff.

Last Sunday, JuJu, who signed a 1 - year deal to return to the Pittsburgh Steelers during the 2021 free agency period, lowered his right shoulder and took an extremely hard as well as low hit from the Denver Broncos’ safety, Kareem Jackson, on a jet sweep play midway through the 2nd quarter of Sunday's 27 to 19 victory over the Denver Broncos. 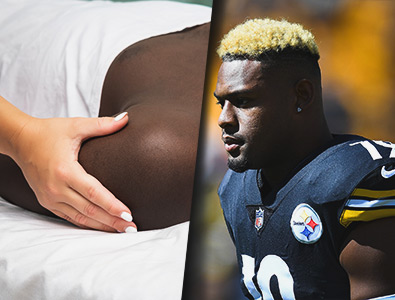 The 24 - year - old wide receiver of the Pittsburgh Steelers has a total of 323 NFL receptions good for 3,855 receiving yards and 26 touchdown receptions throughout the 63 games that he has played in over his five - seasons of football action in the National Football League. After a nine - touchdown 2020 – 2021 NFL season, Smith - Schuster has only 1 rushing score during this season. The most recent shoulder injury is the second in - game injury that the wide – out has sustained during this 2021 – 2022 NFL season. Previously, against the Las Vegas Raiders, JuJu sustained a rib injury that limited him, though it didn't cause him to miss a formal match – up.

"It's tough seeing him in that type of pain, and that's for anybody on the field, it's tough seeing somebody get hurt that's a key player to the offense," the Pittsburgh Steelers wide receiver Diontae Johnson explained to the media last Monday. "Just got to rally around him and just be there for him off the field."

"Injuries are going to happen," Johnson goes on to say. "And its next man up, so Ray - Ray's gotta step up, and that's how it's always been -- one person goes down, somebody got to step in, and everybody is capable of [contributing to the offense]. We are still going to go out there and play for JuJu. We still go out there and do our thing Sundays and get ready, for this week, too." 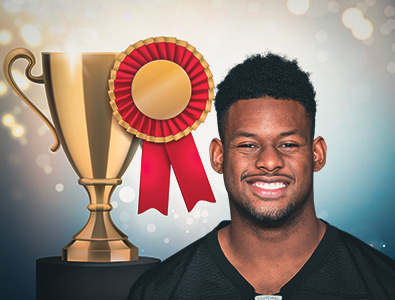