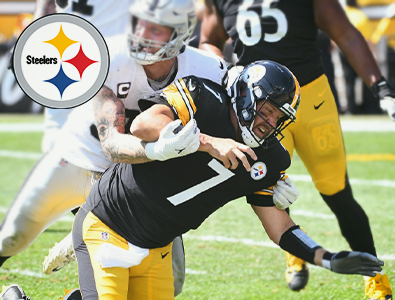 Ben conceded 2 sacks as well as 10 hits in which some of them were violent soul – crushing hits to the turf. These repeated quarterback slams may have been a little too much for the 6 – foot 5 – inch and 240 – pound old school quarterback from Lima, Ohio in Roethlisberger. A man playing the position of the quarterback of the offense needs to be well – protected in order to prevent these types of nagging injuries that an old and experienced veteran signal caller will endure during a grueling NFL season.

Especially since the National Football League has expanded their NFL season this year to a 17 – game regular season starting in 2021, and it seems like this will be the new norm as the National Football League loves absorbing all of the dollars that they can in this extremely lucrative market. But don’t tell Big Ben that he is an old or washed - up grizzled veteran quarterback as he still believes that he has what it takes to be a highly – successful starting quarterback in the NFL.

"I don't know specifically when Ben got injured in game. I don't know that he does. You know, sometimes just in the midst of competition, adrenaline and so forth, you just don't know. Sometimes things just come up after. Yeah, he did," the Pittsburgh Steelers’ head coach Mike Tomlin expressed. "He took too many hits. We can run the ball better. We can get the ball out of his hand quicker. We can stay on schedule and not get behind the sticks and get in situations where the line of the game is so far that that that enhances the rush."

"He's looking better, but not to be confused with great," Tomlin explained. "We'll follow him and his health as we get through the week. Thankfully in today's NFL, with the flexibility of practice squads and so forth, we have all the answers in – house. I'm not necessarily worried about the injury in terms of our expectations, in terms of our performance. We have a week to prepare with known issues. In - game injuries cause more problems than known issues like you're faced with here at the top of the week."

"I'm disappointed we lost the game, and I'm disappointed that I didn't play well enough to help us win the game," the Pittsburgh Steelers’ starting quarterback Ben Roethlisberger exclaimed to the media last Sunday. "The bumps and bruises come with football."