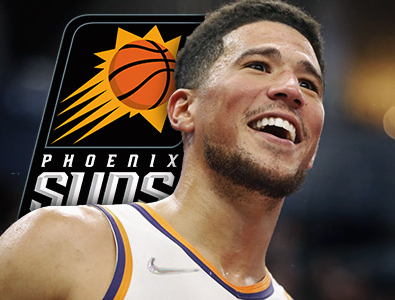 On Thursday, April 21st, 2022 the Phoenix Suns’ extremely – talented superstar shooting guard, Devin Booker, suffered a Grade – 1 hamstring strain during Game – 2 of the 1st – round of the 2022 NBA playoffs versus the New Orleans Pelicans.

Currently the Phoenix Suns and the New Orleans Pelicans have this series tied at 1 – game apiece. Game – 3 of this series is on Friday, April 22nd, 2022.

According to sources close to the Phoenix Suns, Booker is currently expected to miss up to approximately a week or two and possibly three weeks. Devin will be reevaluated sometime over the upcoming week or so in order to reestablish a timeline for the Phoenix Suns best player to return to their starting line – up.

Booker ended up with 31 - points all during the 1st - half of the Phoenix Suns 125 to 114 loss to the New Orleans Pelicans in Game 2 of this first – round series of the 2022 NBA playoffs, but he was unable to score any points during the 3rd – quarter of Game 2.

With only 4:45 remaining in the 3rd – quarter of the game, Booker quickly and abruptly asked for a timeout, and he proceeded to enter the Phoenix Suns locker room following the appearance of Devin tweaking his right hamstring this time as he attempted to jump in order to challenge an aggressive Jaxson Hayes dunk in transition basketball for the New Orleans Pelicans.

In the past Booker has had several hamstring injuries over the course of the past 2 - NBA seasons. Back in last November, Devin pulled his left hamstring during a play very similar to the one he made on last Tuesday, April 19th, 2022 and that caused Booker to miss approximately 7 – games.

Last year during the 2021 NBA Finals against the Milwaukee Bucks, Devin suffered a devastating hamstring injury during Game 3 of last year’s NBA Finals, but he ultimately played through it and kept it a secret at the time as his Phoenix Suns lost easily to the Milwaukee Bucks.

During the 2020 - 2021 regular season of the National Basketball Association, Booker also managed to injure his left hamstring which caused him to miss somewhere around 4 - NBA games.

The Phoenix Suns have been 8 and 6 in games playing without Devin Booker earlier during this 2021 – 2022 season of the National Basketball Association. Hope fully for Booker and the Phoenix Suns they can manage to hold on while Devin recovers from this detrimental injury that he just seems to be unable to shake. 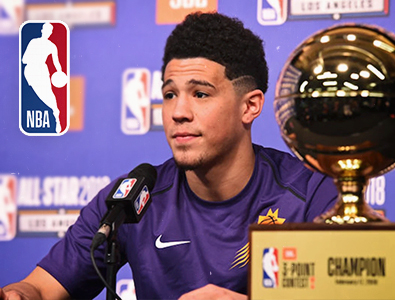 "You just have to wait and see how he progresses over the next whatever many days," the Phoenix Sun s’ head coach Monty Williams explained. "If you've ever had one, you can feel really good until you start to do what NBA players are required to do, and then you're like, 'OK I can't do that as well as I want to.' So, we have to wait and see. Everybody has missed games except Mikal [Bridges]. We've been able to navigate those situations well this year. We know we can do it."

"I think he understands how important he is to our team," the Phoenix Suns’ superstar point guard, Chris Paul, expressed. "He lets us see everything he sees on the court and we'll go from there."

Deandre Ayton stated, "We need him. Just having that talk out there. Him pointing out things we normally don't see. From his perspective, seeing how the offense flows, seeing what the defense is giving us. Just keeping that energy and making sure we're always together, especially when we're on the road. It's the playoffs and it's gonna be loud. We'll need everybody. It's definitely going to be a relief to see him even though he's out for a little bit."