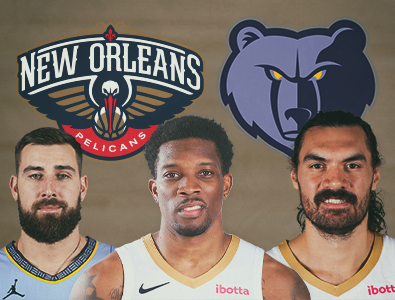 On Monday, July 26, 2021 the New Orleans Pelicans and the Memphis Grizzlies have announced that they have agreed upon a blockbuster National Basketball Association trade. The New Orleans Pelican are trading veteran center Steven Adams, point guard Eric Bledsoe, 2 future first – round selections in the NBA draft which includes the 10th overall pick in the 2021 NBA Draft, and the Los Angeles Lakers’ 2022 first – round pick protected to 10 to the Memphis Grizzlies. The 2021 NBA Draft is scheduled to occur on Thursday, July 29th, 2021.

In exchange the New Orleans Pelicans will receive the veteran center Jonas Valanciunas and the 17th overall selection in the upcoming 2021 NBA Draft. The Memphis Grizzlies and the New Orleans Pelicans have also agreed to swap their second- round picks in the 2022 NBA Draft this Thursday. This trade between these two NBA franchises has been agreed upon, but the deal will be finalized as well as made official on Friday, August 6th, 2021 when the free agency period of the National Basketball Association formerly begins.

Adams is currently a 6 – foot 11 – inch center that has played for the Wellington Saints in 2011, the Oklahoma City Thunder from 2013 to 2020, the New Orleans Pelicans from 2020 to 2021, and now he joins the exciting Memphis Grizzlies who feature the young and highly – talented star guard in Ja Morant. Steven was born in New Zealand, and he attended the University of Pittsburgh to play NCAA college basketball for the Pitt Panthers from 2012 to 2013.

Adams was selected by the Oklahoma City Thunder with the 12th overall pick in the first – round of the 2013 NBA Draft. Throughout his 8 – year career in the National Basketball Association Adams has averaged 9.6 points per game, 7.7 rebounds per game, 1.2 assists per game, and his career field goal percentage is 59.1 %.

Throughout his basketball career Steven Adams has racked up a variety of achievements, honors, and awards including: NBA All – Rookie Second – Team in 2014, NBL champion in 2011, NBL Rookie of the Year in 2011, and he was also named to the Big East All – Rookie Team in 2013.

This 6 – foot 0 – inch point guard was born and raised in Birmingham, Alabama. He played his NCAA college basketball career at the University of Kentucky where he played from 2009 to 2010. Bledsoe was selected by the Oklahoma City Thunder with the 18th overall pick in the first – round of the 2010 NBA Draft. 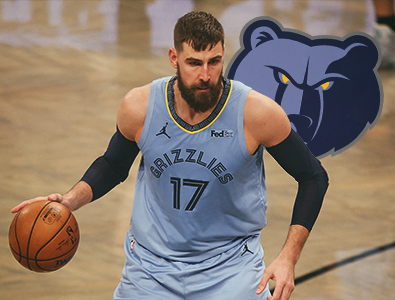 Throughout his basketball career Jonas Valanciunas has put together quite a list of various achievements, honors, and awards including: NBA All – Rookie Second – Team in 2013,