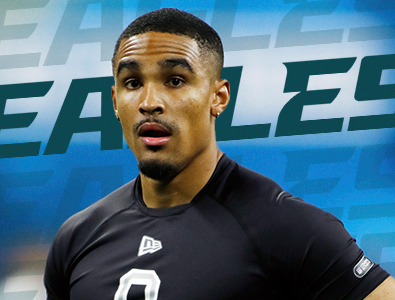 On Sunday, December 18th, 2022 the Philadelphia Eagles young superstar quarterback, Jalen Hurts, sprained his right (throwing) shoulder against the Chicago Bears, in the Philadelphia Eagles win with a final score of 39 to 30. This latest injury for Hurts leaves his availability in question for this Saturday, December 24th, 2022 for a much - anticipated match - up versus the Dallas Cowboys from AT&T Stadium located in Arlington, Texas.

The Philadelphia Eagles Back - Up Quarterback

This injury is definitely not cthought to be a long - term ailment, but if Hurts can't play Christmas Eve, then the Philadelphia Eagles veteran back - up quarterback in Gardner Minshew will get the start this weekend against the Dallas Cowboys.

Any time missed by Hurts will be in consideration of him getting the back toughness and use of his throwing shoulder so that he is back to 100 % for the remainder of the 2022 - 2023 season of the National Football League.

The injury just so happened to go down at the conclusion of the 3rd - quarter last Sunday versus the Chicago Bears when Hurts was pile - driven into the gridiron by the Chicago Bears defensive lineman, Trevis Gipson, after a 3 - yard rushing attempt by Jalen.

Hurts managed to stay on the field for only a few minutes after the heavy - duty hit, but he found the way to miraculously continue to play as Jalen finished the football game last Sunday on the 18th of December, 2022. Hurts passed for 315 - passing yards to go along with his 2 - interceptions while running the ball for 61 - rushing yards as well as 3 - touchdowns during the Philadelphia Eagles 25 to 20 win over the Chicago Bears last weekend.

"It wasn't the first time I've been slow [to get up], it won't be the last," the injured Philadelphia Eagles quarterback, Jalen Hurts, expressed. "I did play a really physical game, and it was really cold, too. So happy we were able to find a win and, in the end, find a way."

"That was part of our game plan against the defense we were looking at," the head coach of the Philadelphia Eagles, Nick Sirianni, stated. "It's not necessarily quarterback-centric, but you're reading things on the back side and sometimes, just like Fields pulled some, too." 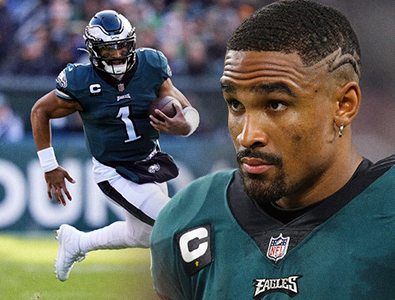 Hurts Taking a lot of Hits

Last Sunday Hurts rushed the football for a team - high 17 - times. The Chicago Bears compiled 13 - quarterback hits on Hurts which was good for the 3rd - highest total throughout Week - 15 of the 2022 - 2023 NFL season. Jalen’s 184 - quarterback contacts on the year are the 3rd - most, behind just Justin Fields of the Chicago Bears with 202 - contacts as well as Daniel Jones of the New York Giants with 186 - QB contacts.

The recent breaking news of Jalen’s injury also showed a major impact on the odds for Hurts to win the regular - season NFL MVP award. Hurts started the previous week as the odds - on favorite (listed at -145) on Monday morning according to Caesars Sportsbook, but by 4 p. m. the Kansas City Chiefs quarterback, Patrick Mahomes, became the new Caesars Sportsbook odds - on favorite at - 150.

The 26 - year - old Gardner Minshew filled in for the injured Jalen Hurts last December, and he went 20 - of - 25 which was good for 242 - passing yards as well as 2 - touchdowns during a Philadelphia Eagles victory over the New York Jets last year.

So far this NFL regular - season, Hurts has had an amazing breakout season as he has racked - up 35 - total touchdowns (22 - passing touchdowns & 13 - rushing touchdowns). That ties Randall Cunningham's Philadelphia Eagles NFL franchise record. Hurts has also passed for 3,472 - yards while rushing for 747 - yards throughout the Eagles initial 14 - games this year. Jalen has had only 5 - passes picked off, and Hurts is completing 67.3 % of his pass attempts so far this season.