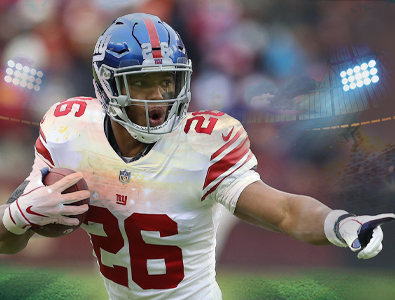 On Sunday, September 20th, 2020 the New York Giants superstar running back and arguably their best player, Saquon Barkley, left the game in the first quarter with an injury to his right leg after sustaining a tackle by the Chicago Bears safety, Eddie Jackson, close to the sideline. Barkley did not return to the game that the Chicago Bears won with a final score of 17 to 13. The New York Giants were highly concerned that he may have torn his ACL on the play as he had to be carried off the field, and he apparently seemed to be experiencing a lot of pain in his knee.

Following an MRI at the Hospital for Special Surgery in Manhattan on Monday, September 21st, 2020 the New York Giants worst fear was confirmed as Barkley did tear the ACL in his right knee. Saquon’s injury will now require surgery which the New York Giants have said will take place in the near future. Unfortunately, Barkley will definitely miss the remainder of the 2020 – 2021 NFL season. 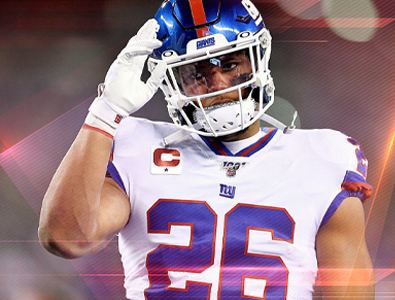 Over the last three years playing in the National Football League for the New York Giants he has rushed for 2,344 yards and 17 touchdowns while tallying 1,159 receiving yards and 6 touchdowns on his 143 career receptions. He will be greatly missed by the Giants for the rest of the 2020 – 2021 NFL season, but hopefully his teammates can help carry the load for New York until he is able to return to the team’s roster next year.

Depth at the Running Back Position

The New York Giants starting quarterback, Daniel Jones, can still hand the ball off to their current back up running backs such as Dion Lewis and Wayne Gallman. On Tuesday, September 22nd, 2020 the New York Giants reportedly are going to sign the former NFL Pro Bowl running back, Devonta Freeman. Freeman last played for the Atlanta Falcons during the 2019 – 2020 NFL season where he rushed for 656 yards and 2 touchdowns on his 184 carries. Look for Freeman, Lewis, and Gallman to all split carries for the New York Giants over the course of the rest of the year.

"Obviously we're all praying for the best," the New York Giants head coach Joe Judge explained. "I would just say this: Regardless of whatever the outcome is going to be and the doctors say [Monday], don't fall asleep on [Barkley]. It's going to be a hell of a story either way."

"Certainly a tough break for us," the New York Giants starting quarterback Daniel Jones expressed. "But I know those guys will battle. They'll attack the challenge, and we're excited to support them and we'll have guys step up." 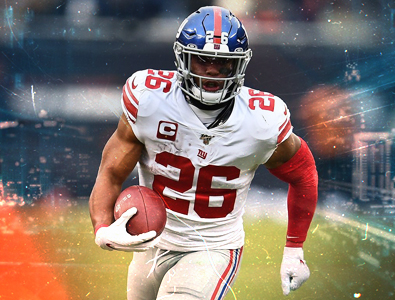 “[email protected] a born winner!! The comeback is going to be scary”

"I know from working out with him over the summer he was looking forward to this seFason after the ankle injuries last season,'' Barkley’s teammate Jabrill Peppers stated. "I'm praying for him. He is a guy who is going to bounce back better than ever. It's a minor setback for a major comeback.''