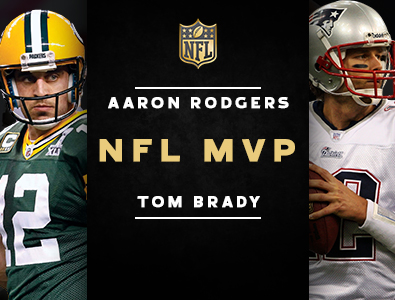 Tom Brady looked to be well on his way to his fourth MVP award, but after the Tampa Bay Buccaneers lost as the 11.5 - point favorites and their quarterback laid another goose egg against the New Orleans Saints defense. Entering last weekend, Tom was a - 140 favorite to win the NFL’s Most Valuable Player Award, but now Aaron Rodgers (+ 150) has recently surpassed Brady (+ 170) as the favorite holding the best odds with only 3 – regular season games remaining in the 2021 – 2022 NFL season.

Are the voters for this prestigious NFL award going to recognize that Rodgers struggled heavily against the New Orleans Saints in their season opener with only 133 - passing yards, 0 - touchdowns, and 2 - interceptions? Probably not. Will the reigning NFL MVP Award winner lose votes due to the off of the field antics that Rodgers has pulled this year from his COVID - 19 vaccine word salad fiasco to his offseason contract bullshit? I definitely believe some media members will hold all of those things against the man with golden arm.

I now think Jonathan Taylor is worth a large play at 10 to 1 odds for this year’s NFL MVP Award. Voters like to be different, and many will feel like a purist if they actively do not vote for a quarterback. Plus, voting for a running back is an easy solution to the same old Brady / Rodgers draw. And let's also state for the record that Taylor is having an absolutely amazing season this year, and Taylor is the primary reason for Indianapolis Colts current playoff push as Carson Wentz would be in a world of trouble without the services of his superstar running back. So, while I personally do not believe he will win, I do believe that he has deserved to win it. At 10 - 1, it's a smart play.

The 2021 – 2022 NFL preseason sports betting favorite Patrick Mahomes (+900) remains in the mix even though he had a real rocky start to this season. I doubt he has the statistics or the story to carry home the hardware, but the way he has led his team back from last place to first place in the highly – competitive AFC West is quite commendable. Yes, the Kansas City Chiefs have won 8 - consecutive games, and they are presently the top seed in the AFC at the moment, but the Kansas City Chiefs defense has been gaining most of the attention for their recent success. Mahomes can still dazzle these final three weeks, but I would stay away from putting any money on him at these odds. 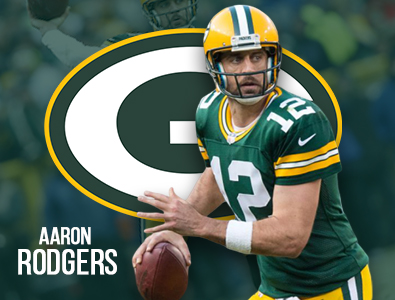 So much for the Kansas City Chiefs’ demise, am I right? This current winning streak has propelled the K. C. Chiefs into the role of Super Bowl favorite for the first time since the beginning of last October, which makes even more sense when you contemplate the disaster that is the AFC right now. Each and every team, including the Chiefs, is between screwed and totally fucked. So, by default and recency bias, the Kansas City Chiefs are the AFC football team to beat at the moment. When you factor in the NFC playoffs' impending carnage for the top contenders, well, Patrick Mahomes seemingly has an easier path than many of the others.

I have been hyping up the chances for the Green Bay Packers as much as I hate them as a Chicago Bears fan with double - digit odds for a few weeks, and now they have a clear and inevitable path to the top seed in the NFC. At + 500, the Green Bay Packers are either appropriately priced or overpriced; no value there anymore in terms of betting on them.

As for the Tampa Bay Bucs, it now has enticing odds at + 600, and Tom Brady will likely not have to face the New Orleans Saints' defense during their postseason run this year. I would need to get a better idea of the health of Brady's depleted offensive weapons before pulling the trigger though. But make no mistake, the New Orleans Saints are Brady's downfall. The Tampa Bay Buccaneers are ready to defend their title, regardless of what happens.

Should I trust the Los Angeles Rams at 11 to 1 odds to win 3 - games in the NFC just to reach the postseason? The Arizona Cardinals loss to the Detroit Lions opened the door for the L. A. Rams to win the NFC West division, which would earn it a home game in the opening round of the NFL playoffs this season. The 11 – 1 Los Angeles Rams have the talent on paper, and they just might be good enough for me to bite. It's close but not quite yet as I want to wait and see their next game or so.

With 5 - wins in their last 6 – games the San Francisco 49ers at 30 – 1 now have my undivided attention. That is totally a bitching play for me. I realize the limitations, but I also believe the Niners are highly – potent when at full strength. George Kittle makes that big of a difference in their approach and he seems to be back to normal right now. The important thing to remember is that the 49ers do not have to beat every single NFC contender, they just have to win 3 - games. I am so on board with the San Francisco 49ers at 30 to 1.