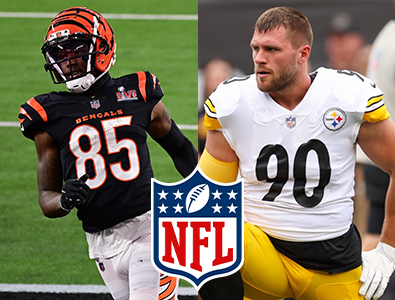 During the much anticipated first week of regular season games throughout the National Football League several marquee players sustained significant injuries. The most notable NFL players that endured a possible serious injury include Dak Prescott the quarterback of the Dallas Cowboys, T. J. Watt the outside linebacker of the Pittsburgh Steelers, Jamal Adams the strong safety of the Seattle Seahawks, Tee Higgins the wide receiver of the Cincinnati Bengals, Keenan Allen the wide receiver of the Los Angeles Chargers, Alvin Kamara the running back of the New Orleans Saints, and Najee Harris the running back of the Pittsburgh Steelers. Below is a comprehensive and in - depth injury report of each of those very important players to their respective NFL franchises.

The Dallas Cowboys were very much on edge after their starting quarterback, Dak Prescott, had to leave the game last Sunday after breaking his thumb when following through on a pass attempt during the Dallas Cowboys loss to the Tampa Bay Buccaneers in week 1 of the 2022 - 2023 NFL regular season.

Although the Dallas Cowboys offense seemed to be struggling last weekend, they are desperately reliant upon Prescott to lead their team through his explosive play making ability. His offensive line struggled to protect him as the Tampa Bay Bucs defense seemed to be coming at him and applying heavy pressure from pretty much every direction.

Dak’s broken thumb, that required surgery to repair, was initially thought to be sidelining him anywhere from 6 to 8 weeks, but following the success of the procedure and the optimistic analysis from the medical professions Prescott is now expected to return in approximately 4 weeks from now. In fact, the Dallas Cowboys owner, Jerry Jones, decided not to place Dak on the injured reserve list as he believes and surely hopes that Prescott will be able to play sometime within the upcoming four weeks.

Prescott did not exactly have the game of his life last Sunday prior to sustaining his thumb injury as he completed just 48.3 % of his pass attempts, throwing for 134 - passing yards, 0 - touchdowns, 1 - interception, and he averaged 4.62 - yards per reception.

The reigning NFL Defensive Player of the Year Award winner in the Pittsburgh Steelers outside linebacker, T. J. Watt, suffered a pectoral injury during the Pittsburgh Steelers win over the Cincinnati Bengals last Sunday afternoon. Depending on the severity of a torn pectoral muscle, this injury often requires surgery which would have ended the remainder of Watt’s 2022 - 2023 NFL season right as it got started.

Following the Pittsburgh Steelers’ team doctors as well as a second opinion from an orthopedic specialist from outside the organization, Watt has decided not to undergo a surgical procedure in order to repair his injured pec, and he is currently predicted to potentially return back to game action by approximately mid - October of 2022.

The Pittsburgh Steelers’ head coach, Mike Tomlin said, "We're probably in a lot better place than we were after the game. We're encouraged and we'll just continue to look at the situation and gain opinions and do what's appropriate."

T. J. has a spectacular first game for the Pittsburgh Steelers as he recorded 6 - tackles, 1 - sack, and 1 - interception prior to having to leave the game last Sunday due to his injury. The Pittsburgh Steelers are definitely encouraged that they did not lose their best and most impactful player in just the first regular season game of this young NFL season. 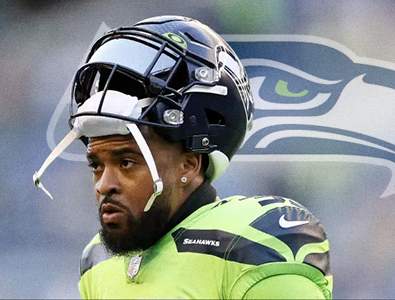 Following the MNF game, the Seattle Seahawks’ head coach, Pete Carroll, explained that Adams endured a very serious injury to his quadricep, and that Jamal will have to, "get some work done.

Carroll goes on to say, “I know it's serious and it just breaks your heart."

In order for Higgins to be cleared to play again he has to progress through and pass each stage of the 5 - step concussion protocol process. Tee’s participation in the Cincinnati Bengals practices this week will potentially play a determining factor in whether or not Higgins will play this Sunday in the Cincinnati Bengals game on the road versus the struggling Dallas Cowboys who will definitely be playing without their star QB in Dak Prescott.

Throughout the Cincinnati Bengals week 1 NFL match up against the Pittsburgh Steelers Higgins was targeted twice where he tallied 2 - receptions which was good for 27 - receiving yards. Tee did not find his way in to the end zone for a touchdown yet, but he also didn’t turn the ball over either. 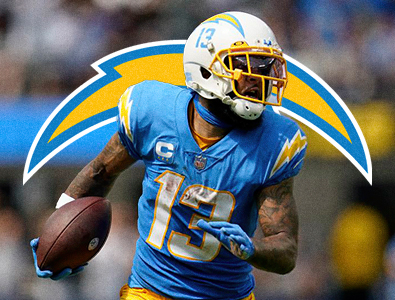 Although this is a devasting loss for this week 2 - NFL match up for the Los Angeles Chargers and their outstanding young quarterback in Justin Herbert, the L. A. Chargers believe that this hamstring injury should not sideline Keenan for too long. Allen pulled in 4 - receptions, totaling 66 - yards, and 0 - touchdowns during his first NFL regular season game of the 2022 - 2023 NFL season.

"It's good to be young," Tomlin jokingly expressed. "He appears to be positioned [to play], but he's gonna have to practice and prove his readiness. That's just my perspective. He's a talented guy, but he's a young guy. And so, I'm going to see some work from him. We'll take him day - by - day and see where that leads us in terms of his participation and the quality that participation. As always, we will simply do what's right for him and, and for us."

Harris rushed for 23 - yards and 0 - touchdowns on his 10 - carries last Sunday in the Pittsburgh Steelers exciting overtime victory over their AFC North opponent in the Cincinnati Bengals. Najee is a powerhouse running back who is used to carrying a tough load even if he is banged up, so I definitely anticipate that he will play this weekend vs. the New England Patriots. Don’t count him out especially if you are looking to place any bets on that game.