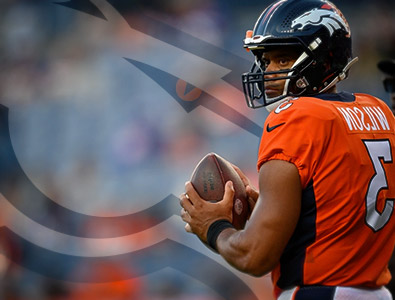 On Thursday, September 1st, 2022 the Denver Broncos announced that they have extended the contract of their high - profile superstar veteran quarterback, Russell Wilson, for another 5 - years, and this new deal is reportedly worth up to approximately $245 million including $165 million in total guaranteed money.

This NFL super - mega - deal is currently the 3rd - most profitable contract in the long and rich history of the National Football League in terms of guaranteed total money ($165 million), in back of just the Cleveland Browns quarterback Deshaun Watson's $230 million as well as the Arizona Cardinals quarterback Kyler Murray's $189.5 million in guaranteed cash.

Wilson recently signed a 5 - year, $245,000,000 contract extension with the Denver Broncos that includes a $50,000,000 signing bonus, $161,000,000 plus in overall guaranteed money, and Russell will now deservingly earn an average annual salary of $49,000,000 per NFL season. He is presently scheduled to become an unrestricted free agent once again in 2029 when Wilson will then be 41 - years - old if he makes it miraculously playing in the NFL that long.

"We did feel pressure, it came down to the wire last night,'' the Denver Broncos general manager, George Paton, explained. "We had a deadline and I felt we would figure out, but you never know, we had never done a deal together.''

"I came here knowing I was going to be ready to play on these two years [left on his contract]," the Denver Broncos superstar starting veteran quarterback Russell Wilson expressed. "... but I think to be able to get this done before the season, to have it all done, is just a blessing. And it allows us all to be excited.

"It's so important to me ... to me what's about is to be able to win championships and have enough space on the salary cap so George can work his magic and we can get guys like Randy Gregory ... and other great players. We want to make this a destination location.''

The Russell Wilson Trade from Seattle Seahawks to Denver Broncos

Back on Tuesday, March 8th, 2022 the Seattle Seahawks and the Denver Broncos agreed upon a major blockbuster NFL trade that followed several weeks of tough negotiations between the two NFL franchises. That deal once it was all ironed out seemed to be one of the biggest trades in the recent history of the National Football League.

The Seattle Seahawks sent the Denver Broncos the Super Bowl - winning superstar quarterback and 9 - time NFL Pro Bowl selection in Wilson as well as their 4th - round pick in the past 2022 NFL draft.

I understand that the Seattle Seahawks were trying to free up a lot of salary cap space in order to make a bunch of moves in their current rebuilding phase following a very disappointing 2021 - 2022 season of the National Football League, but it seems as if they made a very poor decision to trade away one of the top elite star quarterbacks of the NFL right now in Russell Wilson.

In return the Seattle Seahawks basically collected the garbage from the Denver Broncos as the Seattle Seahawks only gained a below average quarterback in Drew Lock, a somewhat serviceable tight end in Noah Fant, a middle - of - the - road defensive lineman in Shelby Harris, and a handful of future draft picks in which the Seattle Seahawks have struggled to select any decent or stand - out players over the course of the last several NFL drafts.

The Denver Broncos new quarterback, Russell Wilson, is highly - regarded as one of the top - 5 signal callers in the entire NFL at the moment, who will lead a Denver Broncos football team along with a fresh new head coach in Nathaniel Hackett.

Many NFL analysts are now projecting the Denver Broncos to have resurged into a possible Super Bowl contending team as they head into the upcoming 2022 - 2023 NFL season. Although the AFC West is loaded with very outstanding teams lead by great NFL quarterbacks look for the Denver Broncos to become instant contenders in the very near future as long as Wilson can stay relatively healthy over the course of the next several years.

The Denver Broncos' CEO, Greg Penner, mentioned that it is, "Critical to have a great quarterback in this league, and coming in this organization with Russell in place is a tremendous benefit for us."

"This is an exciting day for the Broncos and our fans as we announce a long - term commitment to Russell Wilson as our franchise quarterback," Penner goes on to say. "I want to commend George Paton and his staff for their hard work and diligence in reaching this agreement, which has been a top priority for our organization. In addition to being a terrific quarterback and winner, Russell is a dynamic leader whose positive impact is felt throughout our entire team and community. Our organization is fully committed to winning and competing for Super Bowls with Russell as a Bronco for many years to come."

"I'd like to thank Greg Penner and our entire ownership group for the support and resources to get this long - term extension done," Paton continued by saying. "I also appreciate the collaboration and communication with Russell's agent, Mark Rodgers, along with Rich Hurtado on our staff. We will continue to focus on building and maintaining a championship roster with Russell as our quarterback well into the future." 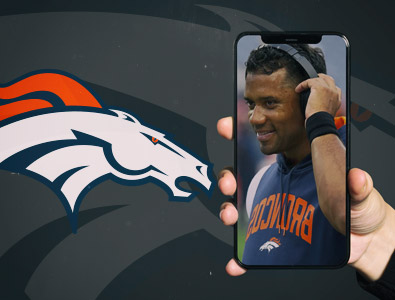 The Future of the Denver Broncos & Russell Wilson

Russell has ultimately stated that he completely intends to play ball for another 10 to 15 more years in the National Football League, and the Denver Broncos new ownership group is extremely excited for their franchise’s future over the next decade due to the "energy" and "commitment to winning" coming from many of their veteran as well as young players.

Wilson led the Seattle Seahawks to their only Super Bowl championship title in their franchise history when they ironically defeated the Denver Broncos during the 2013 - 2014 NFL season’s concluding game in Super Bowl XLVIII. Russell has also has been a consistent winner throughout his illustrious NFL career so far up until now. His 113 - NFL wins as a starting quarterback (includes NFL regular season games and NFL postseason games combined) are the most for any NFL player over the course of his first 10 - NFL seasons.

The Denver Broncos regular season debut for Wilson will be a big - time homecoming for the veteran QB as he will be playing his former team on Monday, September 12th, 2022 (Monday Night Football), when the Denver Broncos visit the Seattle Seahawks.

The Denver Broncos have not been able to make it to the NFL playoffs since their Super Bowl 50 victory, and they have had a never - ending turnstile behind center at the quarterback position, with 10 - different starting QB’s over the last 6 - NFL seasons. Hopefully for the Denver Broncos Russell Wilson will be the remedy for that previously ongoing issue over the past several years.