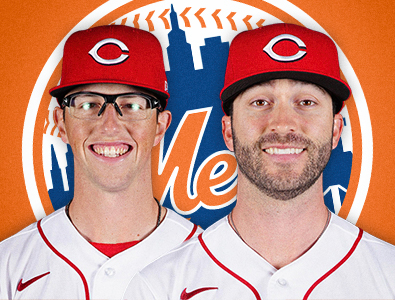 On Thursday, July 28th, 2022 the 1st - place in the National League East division, New York Mets, acquired the outfielder Tyler Naquin as well as the left - handed relief pitcher in Phillip Diehl from the Cincinnati Reds in a trade for two minor league ball players. The Cincinnati Reds ultimately got the outfielder Hector Rodríguez and the right - handed starting pitcher in Jose Acuña.

Naquin was previously a 1st - round MLB draft pick approximately 10 - years ago when he was selected by the Cleveland Indians with the 33rd - overall pick in the 2012 MLB Draft. Before the trade Tyler had composed a batting average of .246 to go along with his 7 - home runs and 33 - RBIs over the course of the 56 - games that Naquin has played for the struggling Cincinnati Reds.

The Cincinnati Reds are presently sitting in last place in the National League Central division of Major League Baseball. Tyler managed to hit a home run as well as driving in 2 - runs on Thursday, July 28th, 2022 in the Cincinnati Reds 7 to 6 loss to the Miami Marlins.

As the National League East division leaders attempt to add some more offense to their already potent line - up, Naquin provides another left - handed bat as well as some more depth in an outfield for the New York Mets that currently includes players such as the MLB All - Star and right - fielder in Starling Marte, the center - fielder in Brandon Nimmo, and the left - fielder in Mark Canha.

The MLB All – Star Jeff McNeil occasionally plays left - field for the New York Mets when his manager does not choose to play him at 2nd - base.

The New York Mets see the now 31 - year - old Naquin as a quality all - around utility ball player who can start a couple of times per week in order to face right - handed starting pitchers as Tyler has always hit well versus righties as can be seen here by his decent career statistics against right - handed pitching. Naquin is currently hitting .280 / .332 / .473 to go along with his 50 - home runs versus big league right - handers throughout the entirety of his Major League Baseball career. The New York Mets have shown interest in Naquin for about a month now, and these trade talks were amplified when the 2 - MLB ball clubs began negotiating for Naquin several days ago.

The New York Mets improved at their designated hitter position just a week ago by trading for the left - handed slugger in Daniel Vogelbach with the Pittsburgh Pirates in exchange for the rookie relief pitcher in Colin Holderman.

Naquin has a salary of $4,025,000 and is eligible to head in to the Major League Baseball free agency market following the conclusion of the 2022 MLB season. With the newly acquired Tyler Naquin added to the New York Mets roster it does in fact increase their overall luxury tax payroll above $290 million which propels them into a new 4th - tax level which is named after the free - spending New York Mets owner, Steve Cohen. 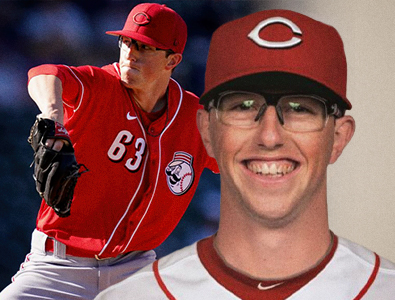 Diehl is now a 28 - year - old left - handed starting pitcher that has compiled an atrocious earned run average of 11.12 over the course of his 5 - Major League Baseball games that only spanned 5 and 2 / 3 total innings during this rough 2022 MLB season for Diehl.

Phillip earns the league minimum in salary at $700,000 while he somehow manages to stay up in the major league. Diehl is originally a Cincinnati native who has made just 21 - career MLB appearances throughout his 3 - year MLB career. Diehl went 2 and 1 with an earned run average of 4.24, and he struck out 30 - hitters over his 23 and 1 / 3 innings at Triple - A Louisville so far this season. In order to make room on the roster for him the New York Mets have decided to designate the right - hander R. J. Alvarez for assignment.

In return for Naquin and Diehl the Cincinnati Reds received the 18 - year - old in Rodriguez who just so happened to bat .356 with 3 - home runs and 16 - RBIs over his 26 - games in the rookie - level complex league located down in Florida. Hector also appeared in 2 - games with the Class - A St. Lucie during this month where he went 1 for 7 with 1 - walk too. Rodríguez has the ability to play all 3 - of the outfield positions as well as 3rd - base.

Acuna is a 19 - year - old who has only played in 8 - minor league ball games so far this year in which 5 - of those games were starting pitching assignments for him. During those starts he recorded a record of 3 and 0 with an ERA of 2.67. Jose threw 3 - scoreless innings during his 2nd - start with St. Lucie on Tuesday, July 26th, 2022.