The Collective Bargaining Agreement discussions between MLB and the MLBPA 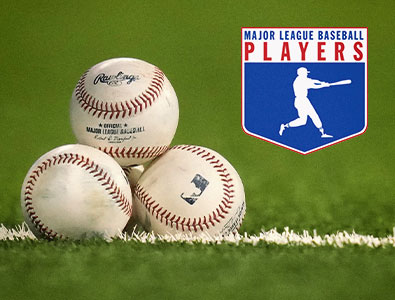 MLB spring training games are starting to having to be either postponed or the more probable situation is that they get cancelled all together. What does this mean? In the most simplistic response, it comes down to less money for both sides of this stalemate. The owners will make less money from not having as many games, and the players will not be paid for games that are not happening.

Plus, the popularity of the game is greatly affected as well. The current fans will get frustrated with the lack of games, and attendance and viewership will greatly decrease which will generate less revenue for Major League Baseball. The MLB cannot afford to loss fans especially as pro baseball is overtime struggling to bring younger generations to the ball parks as they are much less interested in baseball compared to the other major American professional sports leagues such as the NFL, the NBA, and the NHL.

Reminiscent of the 90s

We all remember in the 1990’s when these two sides of the MLB and the MLBPA could not reach a deal, and the 1994 MLB World Series was ultimately cancelled which definitely killed the popularity and revenue streams that baseball usually relies upon. It took the steroid era and the Sammy Sosa / Mark McGuire home run race to create hype and interest of a game that many were starting to dislike due to its slow nature, and some were even worried that the great game baseball was dying.

A spokesperson of Major League Baseball publicly stated, "A deadline is a deadline. Missed games are missed games. Salary will not be paid for those (cancelled) games."

The league originally gave the players the deadline of Monday, February 28th, 2022 a couple of weeks ago, 2 – weeks to be more specific, and Major League Baseball reiterated this deadline to the players once again on Wednesday, February 23rd, 2022.

They cited health concerns according to the league said it wants approximately 4 - weeks of spring training baseball games prior to the official start of the 2022 MLB regular season so that is why they put the deadline of this Monday as the date that an agreement needs to be reached in order for there not to be financial repercussions for the big - league players. At the moment the Opening Day for Major League Baseball is scheduled for Thursday, March 31st, 2022.

My Thoughts on this current Major League Lock - Out

Hopefully these two sides that always but heads on the new CBA can agree on a new deal as there is too much money to lose and popularity of the game to be harmed as well which also will mean less money down the road. Greed is never attractive for all of these rich people involved in professional sports whether you are an owner or a player!