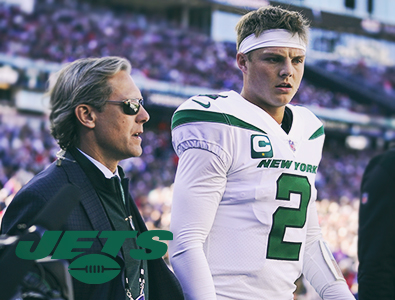 This 2022 6th – round draft pick can eventually develop in to a 2022 5th – round draft selection for the Philadelphia Eagles depending upon the amount of playing time Flacco ultimately sees with the New York Jets. Under the Jets’ previous coaching staff, Joe was a back – up quarterback for the New York Jets during the 2020 – 2021 season of the National Football League.

Reason for this Midseason NFL Trade

The New York Jets’ starting quarterback, Zach Wilson, sprained his knee last Sunday in the New York Jets’ 54 to 13 loss to the New England Patriots. Wilson is expected to miss approximately 2 to 4 weeks due to his Grade - 2 PCL sprain in his right knee. The New York Jets’ head coach Robert Saleh expressed that Zach may be able to play as soon as Sunday, November 14th, 2021 when the New York Jets match – up against their AFC East divisional opponent in the Buffalo Bills.

Zach Wilson’s Replacement at Quarterback for the New York Jets

When Wilson went down in the second – quarter of last Sunday’s battle against the New England Patriots, the New York Jets’ back – up quarterback, Mike White, stepped up and performed decently for the Jets that afternoon during his NFL debut in a regular season game. White was the former 5th – round selection of the Dallas Cowboys during the 2018 NFL Draft.

Last weekend versus the New England Patriots Mike completed 20 – of – 32 pass attempts which was good for 202 passing yards to go along with his one touchdown and two interceptions. As long as White is healthy, he is predicted and ready to get his first NFL start at the quarterback position for the New York Jets this Sunday, October 31st, 2021 when the Jets play the now surprisingly 5 and 2 Cincinnati Bengals. 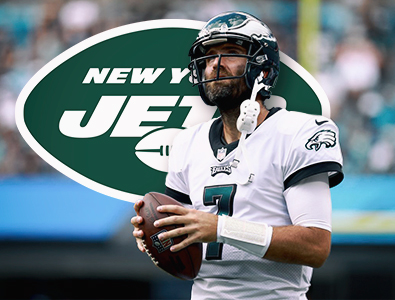 "He's a very calm man," the New York Jets’ head coach Robert Saleh explained in regards to quarterback Mike White. "He's a great communicator, he's got great command of the huddle. He's got great command of the offense. He understands progression reads and how to go through a progression, get the ball where it needs to go. He understands how to slide in the pocket to throw instead of slide in the pocket to run. He doesn't panic."

"Joe is just a great person to be around, a great pro to be around, had a phenomenal preseason and was really good for our [QB] room," the Philadelphia Eagles’ head coach Nick Sirianni stated. "But the opportunity arose for him to go and be able to contribute somewhere else and also for us to get a pick for that. But our time with Joe Flacco was really good."