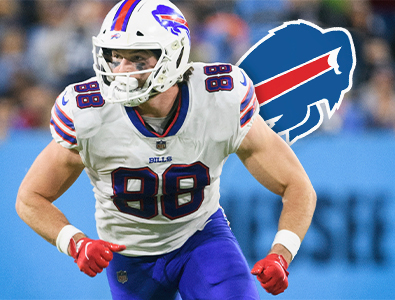 As of now there is no indication of the severity of Knox’s hand injury, and there is no current timetable on when he will be able to return to game action for the Buffalo Bills. The 7th – round pick of the Buffalo Bills (228th overall selection) in the 2019 NFL Draft, Tommy Sweeney, just so happens to be the next tight end up on the Buffalo Bills’ roster at the moment, but the Buffalo Bills could also look add to some depth to the tight end position sometime soon. Sweeney yanked in the 1st touchdown pass of his young NFL career in the game against the Tennessee Titans following Knox's exit from the game last Monday night.

Dawson has become one of Josh Allen's favorite targets over the course of the 2021 – 2022 NFL season, coming after an offseason of discussion about the how Buffalo Bills needed to address the tight end position of their team’s roster. Entering last Monday night’s game against the Tennessee Titans, Knox had pulled in a touchdown in 4 consecutive games, and he was just coming off the first NFL game of his career with 100 - plus receiving yards. Knox has led all NFL tight ends in touchdown receptions during the 2021 – 2022 regular season of the National Football League so far with 5. 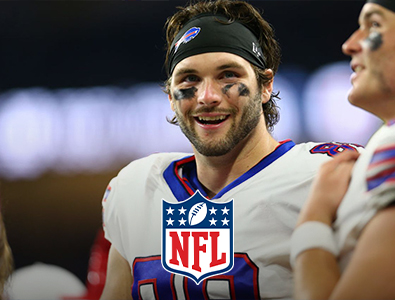 "Don't know much more at this point, other than we'll just monitor it," the head coach of the Buffalo Bills, Sean McDermott, explained. "We'll see where it goes here."

Dawson Knox tweeted, "Thanks y’all for all the prayers! Will be back very soon."

"Huge shoutout to Dawson," the starting quarterback of the Buffalo Bills, Josh Allen, exclaimed. "I was trying to call the play off -- I was shaking my hands at [offensive coordinator Brian Daboll] like, 'Don't call it, we can't do it.' And [Knox] looked at me and said, 'I got it. I'll get it to ya.' So, to put your body on the line like that and grit through it, that was a big - time play and that's awesome when a teammate is willing to do that, and that's why we love him."