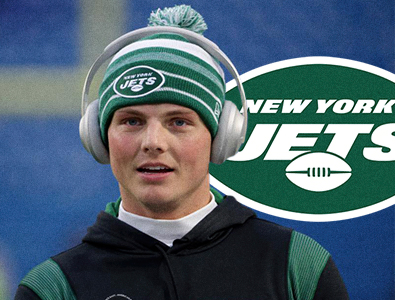 On Friday, August 12th, 2022 New York Jets young and very unproven quarterback, Zach Wilson, injured his right knee in a preseason game against the Philadelphia Eagles, and he is now expected to miss at least the upcoming 2 to 4 - weeks of the 2022 - 2023 NFL season.

Wilson will undergo arthroscopic surgery on his right knee on Tuesday, August 16th, 2022. The procedure will take place in Los Angeles, CA. Zach suffered a bone bruise and a torn meniscus in his right knee following a non - contact play in the New York Jets preseason game vs. the Philadelphia Eagles last Friday. Luckily for the N. Y. Jets and Wilson his meniscus doesn't need a full surgical repair, only just a "trim," according to sources.

The New York Jets haven't ruled out the possibility of Zach being good to go for their Sunday, September 11th, 2022 NFL season opener versus the Baltimore Ravens. Although that seems quite unrealistic due to the fact that the game is just 4 - weeks out from now, and Wilson will need some more practice time prior to being game ready.

The Jets are encouraged by the diagnosis, but the timetable for Wilson may be extended if more damage to his right knee is uncovered during the arthroscopy surgical procedure.

Everything seemed dreary as Wilson, who was drafted 2nd - overall during the 2021 NFL Draft, had to limp to the locker room following him hitting the field turf without even being touched by a defender in last week’s NFL preseason action. Zach scrambling out of the pocket on the New York Jets' 2nd - series last Friday, and he attempted to make a cut inside in order to try to gain some extra yards.

Wilson has had 2 - separate injuries to his right knee over the course of the last 10 - months. Zach suffered a sprained PCL during the 2021 - 2022 NFL season in Week 7 last year, which cost him to miss 4 - regular season games. Wilson did not have surgery after that incident, and he played the remainder of his football games last year with a knee brace covering and protecting his right knee.

While the Jets are hopeful that Zach will be good to go for the 2022 - 2023 NFL season opener, they will have to get their backup quarterback, Joe Flacco, ready to play just in case Wilson is not able to start at QB a few weeks from now. The 37 - year - old Flacco is the clear - cut # 2 quarterback on the New York Jets’ depth chart, ahead of Mike White (3 - career starts) and journeyman Chris Streveler. 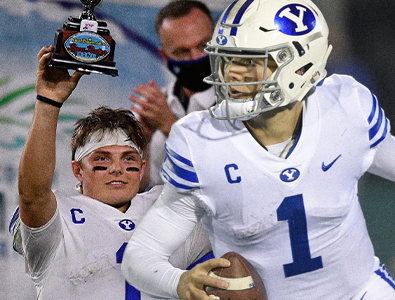 "You guys know how I feel about Joe -- everyone does, the whole world does," the New York Jets head coach, Robert Saleh, expressed on Friday night following their preseason game against the Philadelphia Eagles. "Joe's a phenomenal football player. He's having a great camp, and he's got a lot of juice left in the tank."

Flacco, who started for the Baltimore Ravens from 2008 until 2018, and Joe led them to a Super Bowl championship during the 2012 - 2013 NFL season, but Flacco has not won a start in the National Football League since Week 6 of the 2019 - 2020 NFL season. At that time, Joe was starting at quarterback for the Denver Broncos. Since then, he has lost 7 - consecutive NFL starts at QB, including five for the Jets over two stints in 2020 and 2021.

The Jets re - signed Flacco during this NFL offseason because they wanted a steadying presence in their QB room. Saleh recently explained that Joe is still good enough to be a starter in the league.

White is a fan favorite due to the fact that he passed for 405 - yards and 3 - touchdowns last year in his 1st - career NFL start, leading an upset over the AFC Champion Cincinnati Bengals. Mike threw 4 - interceptions just 2 - weeks later against the Buffalo Bills, and he was benched ultimately in favor of Flacco, who started the next game which was a loss to the Miami Dolphins. Wilson returned to start at QB the next week.

While the knee injury for Wilson could have been much worse, it's still another setback for Zach, who came to training camp with high hopes after a rough rookie NFL season. The New York Jets based their offseason around Wilson as they drafted wide receiver Garrett Wilson as well as running back Breece Hall. They also signing tight ends C. J. Uzomah and Tyler Conklin.

The New York Jets lost a key cog last week, as their right tackle Mekhi Becton was injured in practice also with a knee injury. Becton is expected to miss the entire 2022 - 2023 NFL season.