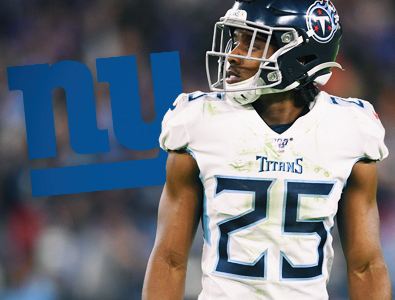 On Monday, March 22nd, 2021 the New York Giants have officially announced that they have agreed upon to terms to sign the former Tennessee Titans’ young and speedy cornerback, Adoree Jackson, to a 3-year contract worth up to approximately $39 million. This announcement comes immediately following the big news of the New York Giants signing star wide receiver Kenny Golladay to a 4-year $72 million deal just days prior to signing Jackson.

The new 3-year $39 million agreement between Adoree and the New York Giants includes a signing bonus of $13,500,000, it contains a total of $26,500,000 in guaranteed money, but there are no incentives that have been disclosed to the public as of now. Jackson will earn an average annual income of $13 million over the course of the upcoming three seasons of the National Football League. Adoree is now scheduled to become an unrestricted free agent once again in 2024 when he will be 29 years old.

Jackson was born and raised in Belleville, Illinois. He began his high school career there at Belleville East High School, but he moved to California prior to his sophomore year. Then he attended Junipero Serra High School located in Gardena, California where he excelled at football, basketball, and track and field.

Adoree played multiple positions in high school including running back, wide receiver, defensive back, and return specialist. Following his high school graduation Jackson committed to and enrolled at the University of Southern California (USC) to play football for the Trojans. After dominating football at the collegiate level for three years he decided to forego his senior season of college football to enter the 2017 NFL Draft.

The Tennessee Titans selected Jackson with the 18th overall pick in the first round of the 2017 NFL Draft. Throughout his 4 – year NFL career all with the Tennessee Titans Adoree racked up 200 total tackles, 3 forced fumbles, 2 fumble recoveries, 33 pass deflections, 2 interceptions, and 1,065 total return yards. Jackson spent the majority of the 2020 – 2021 season of the National Football League on the injured reserve list as he was sidelined with a knee injury. On March 16th, 2021 the Tennessee Titans released Adoree who then received a lot of interest from multiple other NFL franchises such as the Philadelphia Eagles and the New York Giants. Obviously, he decided to ink a deal with the New York Giants on March 23rd, 2021.

The New York Giants already have an excellent piece of their defensive secondary in NFL Pro Bowl cornerback, James Bradbury. Bradbury is a bigger and much more physical cornerback than Jackson so the New York Giants were glad to acquire Adoree to put on the other side in order to cover smaller and faster wide receivers.

Jackson also provides them with a great deal of versatility as he has the ability to play on the offensive side of the football in the slot and he is a solid option as return specialist as well. The New York Giants are hoping that by adding Adoree to their defensive unit they will be able to slow down the offensive attack of their opponents, and their defense will have the potential to limit the amount of points that teams are able to score against them. 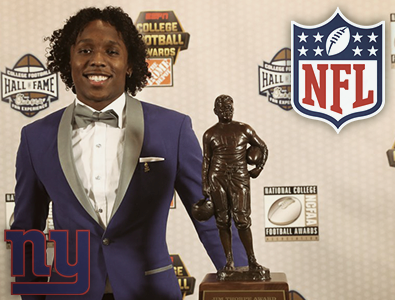 According to Intertops sportsbook these are the odds to win Super Bowl LVI as of Tuesday, March 30th, 2021.