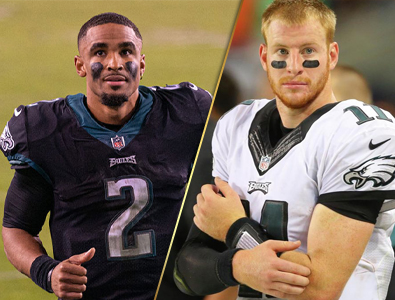 This controversial move ended up working out extremely well for the Philadelphia Eagles as they went on to win the match up against the heavily favored New Orleans Saints with a final score of 24 to 21. This was by far the Eagles best performances of the 2020 – 2021 NFL season, and it provided a much-needed spark for Philadelphia as they are battling to win the worst division of the National Football League in the NFC East.

In his first career start in the National Football League last Sunday against the New Orleans Saints, Hurts rushed for 106 yards on 18 carries while throwing for 167 yards as well as a touchdown. Jalen went 17 out of 30 during this contest, but it was enough to get the job done against the Saints. The Philadelphia Eagles’ running back, Miles Sanders, carried much of the remaining offensive production for the Eagles as he ran for 115 yards and 2 touchdowns. 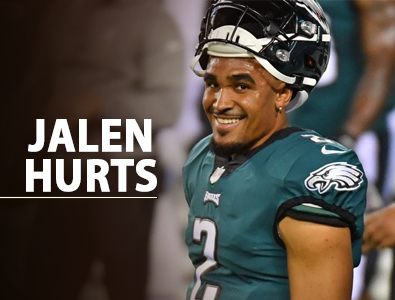 Over the course of the 2020 – 2021 NFL season the veteran signal caller for the Philadelphia Eagles, Carson Wentz, has struggled immensely. He has not been able to come through on crucial plays for the Eagles, and his poor decision making on the field has resulted in Philadelphia turning the ball over to their opposition on far too many occasions. As the quarterback he is expected to lead his team to victory, but Carson’s record as the starter of the Philadelphia Eagles this season was a disappointing 3 – 8 – 1.

The Starting Quarterback Role for the Philadelphia Eagles Moving Forward

The head coach of the Philadelphia Eagles, Doug Pederson, was not sure after Sunday’s win who would be the starting quarterback for the Eagles franchise moving forward. Following an extensive study of film and much consideration Pederson has decided to start the young and dangerous rookie Hurts for the Philadelphia Eagles’ upcoming game against the 7 and 6 Arizona Cardinals.

With the Philadelphia Eagles being only one a half games behind the first place team of the NFC East division in the Washington Football Team, they will need to win the majority of their remaining games this season if they want to make the NFL postseason. The Eagles organization obviously believes that Jalen will give them the greatest chance of winning their final three match ups as the 2020 – 2021 NFL regular season wraps up.

“I thought overall there were good things," the Philadelphia Eagles’ head coach, Doug Pederson, stated. "This wasn’t about one guy. It was about how resilient this team is. He was part of the win. There were a lot of good performances.” 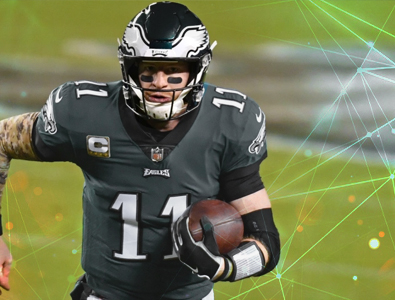 “When a team rushes for 250 yards, not a lot of good things can happen," the New Orleans Saints’ head coach, Sean Payton, explained. "But I’ll say this. (Hurts) was impressive just watching him. I thought he played with poise, made some throws. He was smart. He did a good job.”

“It's a great team win,” Jalen Hurts proclaimed. “Everybody played together as one. We had each other's back.”

“We played a whole four quarters,” the Philadelphia Eagles’ running back, Miles Sanders, expressed. “We looked like a complete team.”

"He played awesome, man. The tape [speaks] for itself," Sanders goes on to say about Hurts. "He's so confident. He's a natural leader. We just needed that, and he gave us that spark starting from last week [against the Green Bay Packers]."

"Sometimes you look for an opportunity to jump-start things and kind of reset a little bit," Pederson exclaimed. "Jalen got the start this afternoon, and I thought overall there were some good things and really kind of gave us a spark as a team that I was looking for and, I think, we were looking for as a team. But this win is not about one guy. This win is about this team and how resilient this team is."

"It felt good," Hurts responded. "It was a new experience for me, for sure, my first NFL start out there. But I'm excited that I was able to do it with this group of guys, with this team. We're ready to get back to work and fix the things we need to fix."

"I'm going to take a look at [the Saints film]. I'm going to look at a lot of different things before I make that determination this week," says Pederson.

"Going back and watching it this morning, there were some really, really good plays. He played well," Pederson stated. "He managed the team. He did everything we asked him to do. He played smart, he played physical with the run."

"After going through the film and really looking back even to last week and the preparation and everything, I'm going to continue with Jalen this week as the starter," Pederson decided.