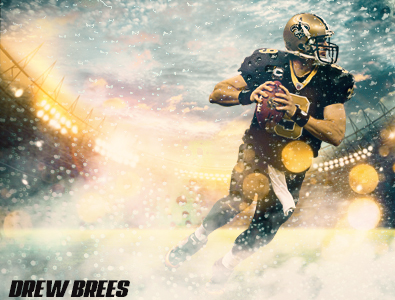 On Tuesday, February 18th, 2020 Drew Brees announced via Instagram that he will be returning as the starting quarterback of the New Orleans Saints for the upcoming 2020 – 2021 NFL season. Although on March 18th, 2020 the 41 year old record setting quarterback was scheduled to become a free agent, he has previously expressed that he would either retire or stay with the New Orleans Saints as he was not interested in testing the open market of free agency.

The New Orleans Saints and Brees, along with his agent, will now have to agree upon a new contract for at least his upcoming 20th season in the National Football League if not for multiple years. I doubt that the new deal would be for more than a year or two at this stage in the superstar’s professional football career. These details of the new contract will be released as soon as the two sides come to an agreement sometime soon.

The previous contract Drew Brees signed with the New Orleans Saints was back in 2018 when he was a free agent last. That deal was for 2 years and $50 million, and only one year of his annual salary was guaranteed. My guess is that the new contract will be a one year agreement worth around $25 million to $30 million.

The Quarterback Situation in New Orleans

Last season, the Saints carried three solid quarterbacks on their team roster. They had Brees, Teddy Bridgewater, and Taysom Hill all signed to their organization. New Orleans’ head coach, Sean Payton, acknowledged the fact that the Saints will not be able to realistically enter the upcoming 2020 – 2021 NFL season with all three of those quarterbacks on the franchises roster of players due to the salary cap.

Bridgewater was an outstanding back up quarterback last season for the Saints. When Brees was sidelined with an injury to his throwing hand, Bridgewater filled in and excelled with flying colors during that time. He led New Orleans to a perfect 5 and 0 record throughout the time Brees missed resulting from that thumb injury. Teddy will most likely be the one forced out of New Orleans due to reasons that are strictly financial. He will probably move on to become the starting quarterback of another NFL team that is looking for a new starting signal caller for their organization.

The New Orleans Saints will more than likely reacquire Hill to be their back up quarterback as he is a restricted free agent this NFL offseason. That means that the Saints have the opportunity to match and sign him to any offer that he receives from another team in the league that he was looking to sign with. If the team does not wish to match the offer he is extended by another squad that other team can sign him, but they would have to give up a first or second round draft pick to the Saints depending upon the size of New Orleans’ qualifying offer to Taysom.

I believe it would make sense for the Saints to keep Hill as their franchise’s back up quarterback and possible successor to Brees when he decides to retire from playing in the NFL. Taysom Hill is the ultimate swiss army knife as he can play all over the field in Sean Payton’s extremely creative offensive scheme. He has the ability to throw the ball, catch the ball, and run the ball if necessary, and he does all very well. Hill also has played on special teams for the Saints over the last few football season. He came up with some really huge plays for New Orleans last year especially in the NFL playoffs last January. 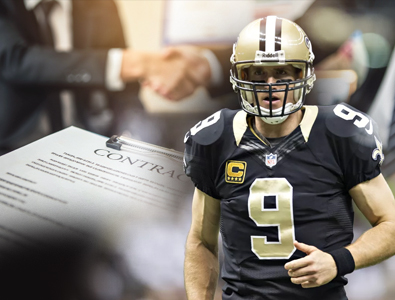 The announcement of Brees’ return as the New Orleans Saints starting quarterback is very outstanding as well as encouraging news for the team. They have been extremely close to making it to the Super Bowl over the last three seasons.

They were only one controversial play away from getting to the Super Bowl two years ago when they lost to the Los Angeles Rams in the NFC championship game due to a pass interference call that was not made by officials at the very end of the game. This controversy cost them the chance to compete against the New England Patriots in the Super Bowl that year.

They have also lost to the Minnesota Vikings in the NFL postseason two out of the last three years on last minute heart breaking plays by Minnesota. The Saints will be looking to contend for a Super Bowl once again this upcoming 2020 – 2021 NFL season.

New Orleans will be returning a solid offense line as well as a variety or star studded offensive players such as Alvin Kamara, Michael Thomas, Jared Cook, Latavius Murray, and Ted Ginn Jr. They also have a decent defense, but I think they will attempt to improve their defense this offseason through the draft, free agency, and trades. Look for the Saints to make a push for a Super Bowl championship as they know their title window is closing soon especially with the inevitable retirement of Drew Brees in the near future.

Brees posted on Instagram, “My feelings about the 2020 season! I look forward to the grind and the journey, for the reward at the end will be worth it!!! Love you #WhoDatNation. Let’s make another run at it!”

"I had a pretty good inkling that he was gonna come back, [but] I just didn't know when everyone else was going to know," says Hill. "I'm so excited for Drew to come back. He's become such a good friend, such a great mentor to me. When we had conversations, I told him, man I sure hope he came back and played. I felt like it was better for the NFL and for him to be playing.

"Obviously there's a process going to restricted free agency and we'll go through that process and see what happens, but, man, I would love to play with Drew again."

"I still have that same goal to have the opportunity to be that guy for a franchise," Taysom Hill stated. "At the end of the day, I believe in myself. That's never changed. That's what it's always been. Obviously with Coach Payton and his creativity, the first few years of my career has gone down a different path. But the vision for myself has never changed."

"I'm watching this guy perform, and again his numbers this year exceeded last year's. The job is for him to win, and he's done that," the New Orleans Saints head coach Sean Payton proclaimed. "Look, is the ball going down the field the same way? Maybe it's not. And yet his yards per completion and all those things have been real good."

Brees expressed that with, "All the experience and wisdom, I think that just allows you to maintain your prime for longer and longer."

"I really do feel like I should be better every week and every year," says Drews Brees.