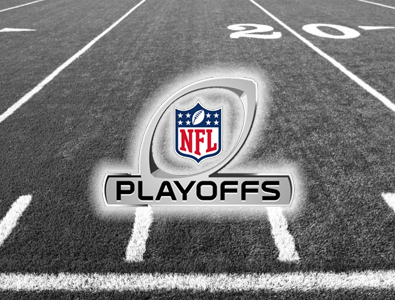 Now that the playoffs in the National Football League have commenced every Saturday and Sunday the next couple weeks are action packed with outstanding sporting events. This article will keep you up to date on all scores, schedules, statistics, injury reports, analysis, and media statements from around the league.

Scores from Wild Card Playoff Round

The Buffalo Bills dominated the first half of this ball game by playing great defense and taking what they could on the offensive side of the ball. They scored first when their quarterback Josh Allen caught a 16 yard touchdown pass from their wide receiver, John Brown, on a trick play in the first quarter. Stephen Hauschka kicked two 40 yard field goals in the second quarter. The Bills entered half time with a 13 – 0 score.

In the third quarter of this game Stephen Hauschka kicked his third field goal putting the Bills up 16 – 0. Then the Houston Texans came alive as Deshaun Watson ran 20 yards and into the endzone for a touchdown followed up by a successful 2 point conversion making it 16 – 8 at the end of the third quarter.

Ka'imi Fairbairn kicked a 41 yard field goal to inch the Texans closer with the score now being 16 – 11. Carlos Hyde then caught a 5 yard touchdown pass from Watson, and it was followed up once again with another 2 point conversion that was good. This gave the Texans a 19 – 16 lead. With only 5 seconds left on the game clock Stephen Hauschka kicked a clutch 47 yard field goal to tie the ball game sending this one into overtime.

The Buffalo Bills failed to score on their first possession opening the door for the Houston Texans to win the game with just a field goal. Then the most exciting play of the game occurred when Watson miraculously escaped a sack from two Bills defenseman to throw a 34-yard strike to Taiwan Jones putting Houston in field goal range. Ka'imi Fairbairn finished off the Buffalo Bills season by nailing a huge 28 yard field goal in overtime to secure the victory for the Texans!

The Houston Texans will face the Kansas City Chiefs in the Divisional Round of the 2019 – 2020 playoffs. This game will be played in Kansas City, MO, and it should be a great match up between two young superstar quarterbacks in Patrick Mahomes and Deshaun Watson. "I hope everyone watched this today, but he's amazing," says Hopkins. "You can't put too many words on it."

"I told myself to stay up. I mean, it's do-or-die now. I just had to make the play," Watson explained.

"We never quit, regardless," Watson expressed. "Whatever it takes to get the win. I mean, we're going to keep fighting."

"The play he made at the end of the game -- nobody makes that play," says Watt. "The guy's unbelievable. I'm very thankful and lucky to have him as my quarterback. That's why you play the whole game."

"He was just trying to do too much and getting a little bit extreme with what he felt like we needed at the time," head coach, Sean McDermott, exclaimed. "But overall, we just didn't make enough plays."

"We didn't execute how we should have, and we didn't make as many plays as we should have," says Allen. "That's what it really comes down to. They made one more play than us."

"But I dove and landed right on it, popped up, checked it out and looked over at the doctor who was standing like 10 feet away," Watt explained. "And I was like: ‘It's all right.'"

The second game of the 2019 – 2020 NFL playoffs was another one possession game that was close the entire way throughout. The first scoring play occurred when Nick Folk of the New England Patriots booted a 36 yard field goal in the first quarter. The Tennessee Titans answered the Patriots quickly when Ryan Tannehill threw a 12 yard touchdown pass to Anthony Firkser. The Titans were now up 7 to 3 at the conclusion of the first quarter.

The second quarter began when Julian Edelman ran in a 5 yard touchdown which put New England ahead 10 to 7. Nick Folk added three more points to the Patriot’s score after hitting a 21 yard field goal. The second half ended on a 1 yard touchdown run by Derrick Henry who absolutely dominated the rushing attack against New England. The score was 14 to 13 with the Titans winning at half time.

The third and fourth quarters were controlled by the defense of both teams as no one was able to score in the 3rd quarter of the ball game. Tom Brady and the New England Patriots attempted to put together a game winning drive at the very end of the game when Brady threw a pass that was intercepted by Logan Ryan. Ryan returned the pick for a touchdown ending the game as well as the Patriots season. The Tennessee Titans surprisingly defeated the New England Patriots 20 to 13. The Titans will play the Baltimore Ravens on the road in the Divisional Round of the playoffs this weekend. 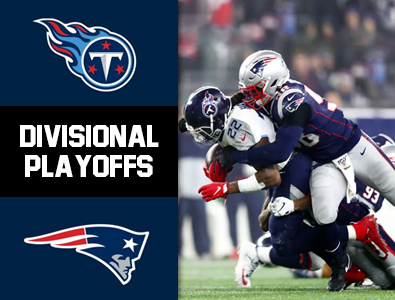 "I love the Patriots," says Brady. "I would say it's pretty unlikely, hopefully unlikely. I love playing football. I don't know what it looks like moving forward."

"It's a great win against a great team in a hostile environment," Henry exclaimed. "Credit to my team. I'm just happy we were able to advance.

"We were just locked in. That was our mindset, just coming in here doing what we needed to do in all three phases, stay locked in no matter what happens in the game, and I feel like we did that."

Brady goes on to say, "They kind of stopped us in the first half and the second half and we couldn't get the job done."

"When you can run it when the other team knows you're gonna run it, that says a lot about your running game," says Titans head coach Mike Vrabel.

"I told 'em that to win the game, you're going to have to be mentally and physically exhausted," Vrabel explained. "You're going to get rubbed defensively. There's gonna be gadgets. They going to force you to think. ...

"We didn't hand them anything. They feast on bad football.

"I don't think our guys spend a lot of time looking at those banners."

This game between the Minnesota Vikings and the New Orleans Saints was another incredibly close and exciting football game in the NFL postseason. The contest started off slow as the first quarter only consisted of a Wil Lutz 29 yard field goal for the New Orleans Saints, and a Minnesota Vikings 43 yard field goal by Dan Bailey. It was 3 to 3 heading into the second quarter of the game.

The first touchdown of this match up came when Alvin Kamara rushed in a 4 yard touchdown run. Dan Baily kicked another field goal from 21 yards out making the game 10 to 6 in favor of the Saints. Then at the very end of the first half Dalvin Cook ran in a 5 yard touchdown pushing the Vikings ahead 13 to 10 by halftime.

The only scoring play of the third quarter was a 1 yard touchdown run by Dalvin Cook capping off an eight play 64 yard drive that increased the Vikings lead to 20 – 10. The fourth quarter of the game was dominated by the New Orleans Saints. Taysom Hill caught a 20 yard touchdown pass from Drew Brees, and Wil Lutz kicked an intense 49 yard field goal with only a couple seconds left in the match. The game was now tied at 20 and headed into an overtime period to decide the winner.

Quarterback Kirk Cousins led the Minnesota Vikings down the field on a 9 play 75 yard drive highlighted by a 4 yard touchdown pass to Kyle Rudolph. The Saints believed that Rudolph had pushed off and should have been called for offensive pass interference, but it was a clean play in my opinion. The Minnesota Vikings won this crazy game knocking the New Orleans Saints out of the playoffs. The Viking will play another road game against the San Francisco 49ers this weekend in the Divisional Round of the NFL postseason. 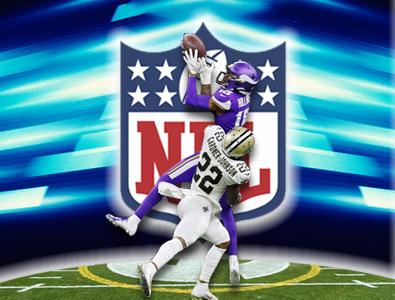 "Being a fourth-round pick and kind of working your way up in the league -- now you win a playoff game. Guess what? You look around and you realize there's more mountains to climb," Cousins exclaimed. "You just keep chasing the next mountain and there will always be people who are going to criticize you -- and that's OK."

"They made more plays than we did," says Payton. "They ran the ball better than we did."

"Both defenses played well," Payton said. "Shoot, here you are in overtime and they made a few plays right there at the end that obviously were significant."

"The ball should have been out of my hands and all of a sudden that wasn't the route that was run, so now I'm just trying to throw the ball into the dirt to avoid a sack," Brees stated. "Right as my hand's going back (Hunter) just kind of gets a piece of my arm and that ball comes out. So I'm really disappointed in that. That never should have happened."

"That was costly," says Brees.

This Wild Card round of the 2019 – 2020 NFL playoffs finished with the game between the Philadelphia Eagles and the Seattle Seahawks. The only score in the first quarter came on a 49 yard field goal by Jason Myers of the Seahawks. The Eagles starting quarterback Carson Wentz was injured at the end of the first quarter resulting in Josh McCown having to take over as Philadelphia’s signal caller for the remainder of the contest.

Jake Elliott of the Eagles kicked a 46 yard field goal tying the game at 3. Then Marshawn Lynch rushed in a 5 yard touchdown run which put the Seahawks up 10 to 3 by halftime. Jake Elliott made another field goal from 26 yards out this time in the third quarter cutting the Seattle lead to 10 – 6.

Midway through the third quarter Russell Wilson completed a 53 yard touchdown pass to the explosive wide receiver, DK Metcalf. The Seahawks were now winning the game 17 to 6. Philadelphia added another field goal by Jake Elliott at the end of the third quarter which brought the score to 17 – 9. The fourth quarter was dictated by the defenses as neither team scored any points.

The Seattle Seahawks won this one possession game 17 to 9, and the Philadelphia Eagles were eliminated from postseason play. The Seahawks will head to Green Bay to play the Packers on the road in the Divisional Round of the NFL playoffs this Sunday. That should be one hell of a match up with hopefully a very exciting end to it.

"To come back here, back East, it's a long ways, we were able to do it, pull through," Wilson explained. "We've been road warriors and it's exciting. We've got a great defense, too."

"I didn't intend to hurt him. I hope he's OK," says Clowney.

"I didn't get the job done," McCown expressed quite emotionally.

"We made up our mind to not let them score," says linebacker Bobby Wagner. "It was a mental thing more than execution."

"I'm disappointed for him," says Pederson. "I wanted this for him. I think a lot of his teammates did, too. The team and the organization did. He's battled through a lot."

"We're anticipating some snow," Wilson stated. "They obviously have Aaron, they have a lot of great players, they have a great defensive line."

"It's exciting to see a young dude come in and dominate the league like that," says Quinton Jefferson. "A lot of people said he can't run routes. He silenced a lot of people. Glad to have him on my team."