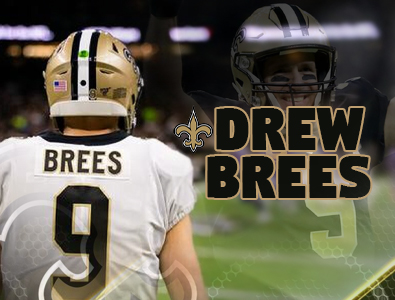 Just a couple of weeks ago as the free agency period of the National Football League began the New Orleans Saints agreed to terms on a new deal with their most valuable player. The Saints signed their superstar veteran quarterback, Drew Brees, to a two year contract worth up to $50 million. The new team friendly agreement will enable the 41 year old QB to remain in New Orleans for the next couple seasons while allowing the franchise to sign other players in order to compete for another Super Bowl title. Brees is currently the NFL’s all time leader in both career passing yards and career touchdown passes.

The new contract includes $25 million in total guaranteed money as well as a $23 million signing bonus. Brees is scheduled to earn $25 million on average over the next two years which is actually below his market value. He could demand approximately another $10 million over the upcoming two seasons with the New Orleans Saints, but his desire to build a team around him was the motivation for taking less money. This current deal has a no trade clause and no tag clause built in to the agreement too.

Prior to entering the 2020 – 2021 NFL season the New Orleans Saints have been busy making moves that they feel will help propel them to the elusive Super Bowl that they have fell just short of over the last several years. Although they had to let their back up quarterback, Teddy Bridgewater, leave in free agency, they were able to retain Taysom Hill to be their new back up quarterback as well as a solid utility player. Bridgewater ended up signing a three year deal with the Carolina Panthers. 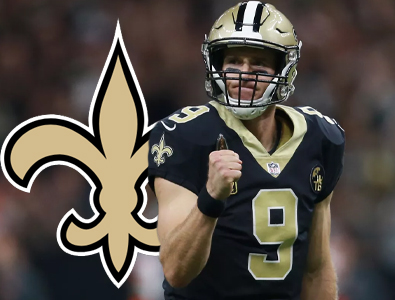 "I'm watching this guy perform, and again his numbers this year exceeded last year's. The job is for him to win, and he's done that," New Orleans Saints head coach Sean Payton stated. "Look, is the ball going down the field the same way? Maybe it's not. And yet his yards per completion and all those things have been real good."

Drew Brees explained, “That when you combine that efficiency with all the experience and wisdom, I think that just allows you to maintain your prime for longer and longer."

"I really do feel like I should be better every week and every year," says Brees.

“I was locked in on the pastor as he was talking about how the Lord was looking for a few good men to carry on His Kingdom, to spread His Word, and to live the life that He had planned for them, and that spoke to me,” Brees Expressed. “And it was at that moment that I accepted Jesus Christ in my heart and knew that there was something bigger planned for me than just sports.”

“I live by two very simple Christian fundamentals, and that is love the Lord with all your heart, mind and soul, and love your neighbor as yourself,” Brees said in reference to Mark 12:30-31.

“Listen, I have no intention of going anywhere,” Brees proclaimed. “I don’t care what the offer would be or what the situation might be, I am Who Dat Nation for life.”

“I’m not just saying this, but honestly I’m one year at a time,” Brees goes on to say. “Now listen, if you ask me how long do I think I could do this, I think I could do this to age 45. I’m 41 right now. But there’s other factors. It’s not just a matter of: Can you do it? It’s what are you sacrificing in order to be able to play this game and give it the time and dedication it deserves.”

Brees exclaimed, "My feelings about the 2020 season! I look forward to the grind and the journey, for the reward at the end will be worth it!!! Love you #WhoDatNation. Let’s make another run at it!"

"But, Sean (Payton) has been very, very clear. If Drew wants it, we want Drew, we still want Drew as long as Drew wants to go. So, this isn't a situation like the other guys where they're kind of pushing them out the door, they are welcoming him with open arms if he wants to come back,” says Jay Glazer.