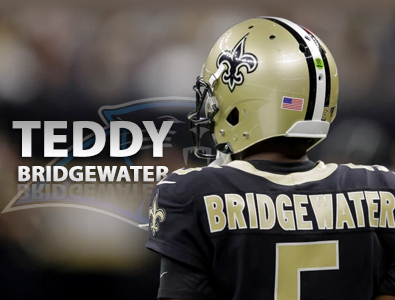 This new contract between the Carolina Panthers and Bridgewater includes $33 million in guaranteed money as well as a $15 million signing bonus. His annual salary comes out to $21 million, and Bridgewater will now become an unrestricted free agent beginning in 2023. This new agreement has a potential opt out clause built in after the first two years.

On the same day that Teddy Bridgewater signed with the Carolina Panthers, the former starting quarterback for the Panthers, Cam Newton, was given permission from Carolina to seek a trade. At the moment Newton has yet to find a new home as he is now a free agent after the Carolina Panthers decided to release him earlier this week. Hopefully for the banged up quarterback someone will sign him to at least a one year deal for this upcoming 2020 – 2021 NFL season.

Other Recent Changes to the Carolina Panthers

Along with signing Bridgewater and releasing Newton the Carolina Panthers have made a variety of other roster moves during this NFL offseason. They have fired their long term head coach in Ron Rivera, and they hired Matt Rhule as his replacement to be the next head coach of the Carolina Panthers. They have also parted ways with their veteran Pro Bowl tight end, Greg Olsen, last January.

Another NFL Pro Bowler that was let go includes the Panther’s former right guard, Trai Turner. Their starting quarterback last season, Kyle Allen, was traded to the Washington Redskins as well. It will be interesting to see how the new acquisitions to the Carolina Panthers will come together as soon as the upcoming NFL season finally begins.

"Stop with the word play. I never asked for it," Cam Newton responded. "There is no dodging this one. I love the Panthers to death and will always love you guys. Please do not try and play me or manipulate the narrative and act like I wanted this. You forced me into this. Love"

"One of the distinct pleasures of my career was selecting Cam with the first pick in the 2011 draft," the Carolina Panthers general manager Marty Hurney stated. "Every year difficult decisions are made and they are never easy. We have been working with Cam and his agent to find the best fit for him moving forward and he will always be a Carolina Panther in our hearts."

"I'm aware of the situation," Teddy Bridgewater replied. "It's a unique situation. For me, all I have to do is be myself.

"I knew when Drew got injured, I had big shoes to fill then. I just constantly reminded myself to be me. By doing so, it allowed me to be a better teammate, a better football player and a better person." 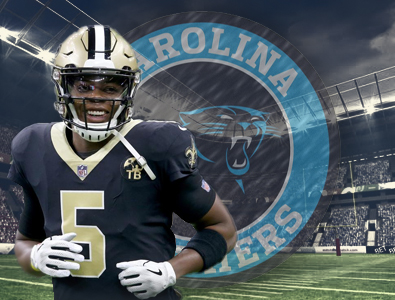 "I take pride in winning. Winning feels good, and that's our goal."

"I'm a winner," Bridgewater proclaimed. "Everywhere I've gone I've won, and I take pride in that. That's the reason I'm in games, to win. I'll just leave it at that. ... I'm just going to tell you right now I'm a winner and plan on continuing to be one."

"We clicked right away," Bridgewater expressed. "He was a South Florida guy. ... Joey was the guy who spent that one-on-one time with me after practice and throwing routes to the young receivers.

"I just stay within my character," says Bridgewater. "I don't have to be something that I'm not. I just lead by example, which is the way our coaches think."

"Teddy Bridgewater is just an OG," Bridgewater responded, referring to slang for somebody who is authentic or old school. "Always cool and always calm."