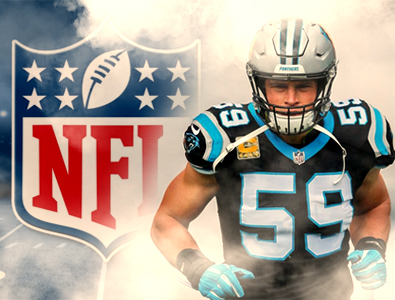 Earlier this week the starting middle linebacker of the Carolina Panthers, Luke Kuechly, announced that he is retiring from playing in the National Football League. The superstar defensive genius only played for 8 intense seasons in the NFL before calling it quits. Although he did not specifically cite an explanation for why he is stepping away from the game that he loves, but it definitely understood the decision is based on his mental as well as physical health.

Throughout his illustrious, Kuechly has suffered severe concussions and possibly other injuries. All of which let him know that now was the right time to retire from playing football professionally for the sake of his body, mind, and soul especially long term. He was extremely emotionally and it was obviously a very difficult decision for him to make, but he knew that retiring from playing in the NFL was in his best interest.

The 28 year-old middle linebacker grew up and played his high school football in Cincinnati, Ohio. He attended Boston College University where he played for the Eagles from 2009 through 2011. He was selected with the ninth overall pick by the Carolina Panthers in the 2012 NFL draft. From his rookie season until now he has been considered one of the best if not the best middle linebackers in the National Football League.

Kuechly is known for playing football hard, fast, aggressive, and smart. He plays the run and the pass exceptionally well and is a complete as well as versatile linebacker. He is one of the most intelligent football players with his ability to read the offensive schemes he faces with ease. Some of that comes instinctually, but it can mostly be attributed to the extensive time he spent watching film to prepare for games and his relentless work ethic. I have heard he didn’t even have cable tv in his home for the first several years of his NFL career in order to eliminate distractions and allow him to study the game. 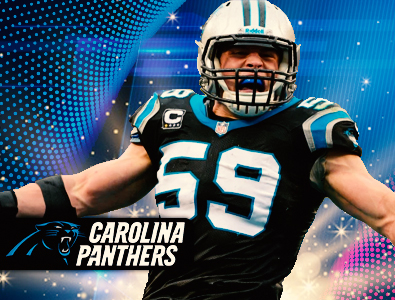 Although Kuechly only played for 8 seasons, I absolutely believe that he deserves to be enshrined in the pro football hall of fame. He was the best all around middle linebacker in the NFL since Brian Urlacher of the Chicago Bears. He led the Carolina Panthers to Super Bowl 50 and the playoffs 4 times over his legendary eight year career in the National Football League.

In my opinion, he joins other outstanding and elite players such as Rob Gronkowski, Calvin Johnson, and Andrew Luck who are all hall of fame worthy players that retired early. Players like Gayle Sayers, Jim Brown, and Barry Sanders are hall of famers that hung them up early as well. Unlike outstanding athletes that do not appreciate playing in the NFL such as Antonio Brown, Luke Kuechly has nothing but the utmost respect for the great game of football.

"There's only one way to play this game since I was a little kid -- play fast, play physical and play strong,'' Kuechly emotionally expressed during his press conference. "And at this point I don't know if I am able to do that anymore. That's the part that is the most difficult.''

"I still want to play, but I don't think it's the right decision,'' Kuechly goes on to say. "I thought about it for a long time. Now is an opportunity to step away with what's going on here.'' 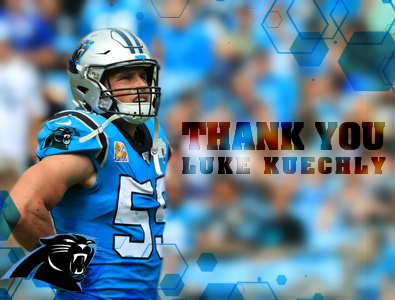 "I think now is the right chance for me to move on," Kuechly stated. "It makes me sad because I love playing this game -- I've played it since I was a kid. It's my favorite thing in the world to do. The memories I have from this place and this organization and being on the field with these guys -- they'll never go away.''

"One of the really good, young men to play the game, and I am proud to be able to say I got to coach him,'' says Ron Rivera who is now the head coach of the Washington Redskins, but he coached Kuechly in Carolina for years.

"In my two seasons with Luke, I quickly recognized how special of a person he is,'' Panthers owner, David Tepper, explained. "The respect he gives and garners from others as well as the positive impact he has on his peers is second to none.

"It's obviously going to be very difficult for all of us because we know that no player can replace what he's been for this organization for the last eight years. His presence can't be replicated."

Teammate Greg Olsen Tweeted: “Words can’t describe who Luke Kuechly is as a person, friend, and teammate. We have shared countless memories together both on the field and away from it. I feel honored to be his friend and I’ll always appreciate the impact he has had on my life. Love you buddy”

"While I wish we could have him for many more years, he has done everything the right way and we respect the decision that he's made,'' says Tepper. "Luke is a once-in-a-generation player and someone we want every member of this organization to emulate.''

“In my heart, I know it’s the right thing to do,” Kuechly said.