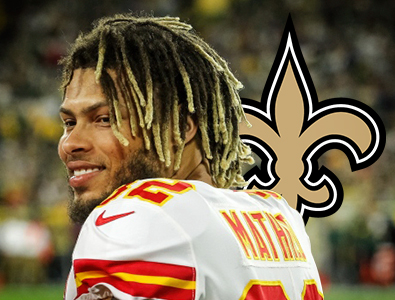 On Monday, May 2nd, 2022 the New Orleans Saints have agreed to terms on a contract to sign the NFL All - Pro and Super Bowl champion safety, Tyrann Mathieu. The details of this new deal between Mathieu and the New Orleans Saints have yet to be disclosed to the public, but the length and amount of money that the “Honey Badger” was signed for should be announced sometime very soon.

Following his exciting high school experience, Mathieu decided to enroll at Louisiana State University to play his NCAA college football there with the LSU Fighting Tigers. Throughout his amazing college football career, the “Honey Badger” recorded 136 - tackles, 4 - interceptions, 6 - sacks, 11 - forced fumbles, and 2 - touchdowns, over the course of his 2 – college football seasons with the LSU Tigers.

The now 5 - foot 9 - inch and 190 - pound Mathieu was originally selected by the Arizona Cardinals with the 69th - overall pick in the 3rd - round of the 2013 NFL Draft. Tyrann played for the Arizona Cardinals from 2013 to 2017, and then he was signed to a 1 – year contract with the Houston Texans. He played in Houston with the Texans for just the 2018 – 2019 season of the National Football League.

Throughout his great 9 - year career playing pro ball in the National Football League, the “Honey Badger” has rack - up 610 - tackles, 10 - sacks, 76 - pass deflections, 26 - interceptions, 4 - forced fumbles, 6 - fumble recoveries, and 3 - touchdowns over his 129 - games played during the regular season in the NFL.

Mathieu has recorded 49 - tackles, 0 - sacks, 4 - pass deflections, 1 - interception, 0 - forced fumbles, 0 - fumble recoveries, and 0 - touchdowns over his 11 - games played during the NFL playoffs. Tyrann now joins the New Orleans Saints who have a solid defensive unit, and he will look to take advantage of that as he continues his illustrious NFL career. 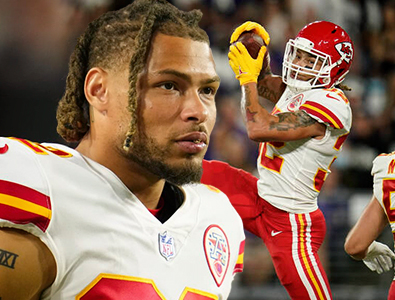 The New Orleans Saints just so happened to lose both of their starting safeties from last season’s squad during this 2022 NFL offseason. Safety Marcus Williams signed a contract with the Baltimore Ravens during the NFL’s free agency period, and Malcolm Jenkins retired from playing football in the National Football League.

Although those were huge losses to their defensive unit this year, they have now replaced both spots after signing Mathieu and the former New York Jets safety, Marcus Maye, earlier in free agency this offseason.

The New Orleans Saints other stand - out safety, C. J. Gardner - Johnson, who is excellent in coverages where he handles locking - up the opposing offenses slot receivers should complete the New Orleans Saints superb new set of defensive safeties heading in to the 2022 – 2023 season of the National Football League.