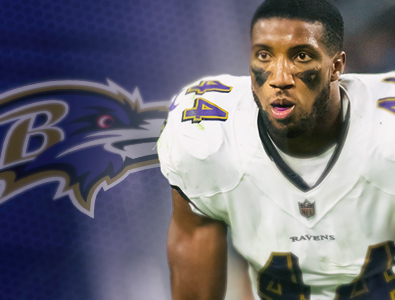 On Monday, December 6th, 2021 the Baltimore Ravens publicly announced that their superstar veteran starting cornerback, Marlon Humphrey, will have to miss the remainder of the 2021 – 2022 season of the National Football League due to a serious injury. In the Baltimore Ravens 20 to 19 loss to their divisional rivals in the Pittsburgh Steelers Humphrey suffered a torn right pectoral muscle.

This is just one of many devastating injuries that the Baltimore Ravens have endured this season. Marlon is the 7th – starter on the team as well as the 3rd – starter in their defensive secondary to be sidelined for the rest of the current season due to injury.

Presently the Baltimore Ravens have compiled an overall record of 8 and 4, and they are sitting in 1st – place in the highly contested AFC North by 1 – game over the 7 and 5 Cincinnati Bengals. The Pittsburgh Steelers are currently in 3rd – place, and the Cleveland Browns are in 4th – place in the AFC North division of the NFL right now as both of those teams have a record of 6 and 5.

Humphrey tore his right pectoral muscle while attempting to tackle the Pittsburgh Steelers’ wide receiver, Diontae Johnson, as Johnson was able to cross the goal line to score the go – ahead touchdown for the Pittsburgh Steelers late in the 4th – quarter of last Sunday afternoon’s game. The head coach of the Baltimore Ravens, John Harbaugh, confirmed on Monday that Marlon will have to undergo surgery to repair Humphrey’s damaged pectoral muscle.

Marlon is possibly the Baltimore Ravens most talented defensive players who often can shut down the opposing teams’ most dangerous wide receiver as well as ripping the football from his opponents with his aggressive and physical style of play. Ever since Humphrey was the 16th – overall selection in the 2017 NFL Draft by the Baltimore Ravens he is just one of two players in the National Football League with a minimum of 50 - broken up passes to go along with 10 – forced fumbles. The other NFL player to accomplish those feats is the safety Logan Ryan who currently plays for the New York Giants. 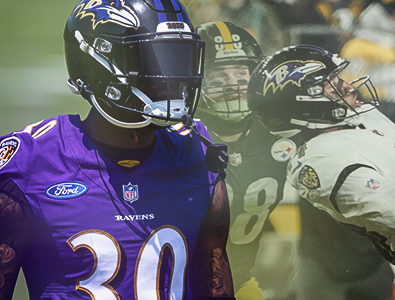 Replacing Marlon Humphrey at the Cornerback Position for the Baltimore Ravens

If he is healthy the Baltimore Ravens anticipate that Chris Westry will start in Humphrey’s cornerback spot. Westry has been battling a minor thigh injury, but he is expected to be ready for the Baltimore Ravens’ week – 14 game against the Cleveland Browns this Sunday (12 / 12 / 2021) afternoon from First Energy Stadium located in Cleveland, Ohio. During last week all 5 – cornerbacks on the Baltimore Ravens’ 53 – man active team roster was forced to miss at least 1 – practice due to either an illness or an injury.

Throughout the 2021 – 2022 NFL season the Baltimore Ravens have lost 3 – players of their starting defensive secondary to season – ending injuries. Cornerback Marcus Peters was sidelined with a torn ACL, safety DeShon Elliott was lost to torn biceps, and of course now Marlon Humphrey is gone for the year with a torn pectoral muscle.

The Baltimore Ravens rank 2nd – to – last in the National Football League in passing yards allowed as they average allowing 272.4 passing yards per football game this season. Unfortunately for the Baltimore Ravens they will have to play against 3 of the top – 10 rated NFL quarterbacks including Matthew Stafford (Los Angeles Rams), Aaron Rodgers (Green Bay Packers), and Joe Burrow (Cincinnati Bengals). All of those opponents will be tough games for the struggling and beat up Baltimore Ravens, and the Ravens will have to dig deep and come up big in huge games in they want to make the 2021 – 2022 NFL Playoffs this season.

"We'll go on with the guys we've got," the head coach of the Baltimore Ravens John Harbaugh explained to the sports media world on Monday, December 6th, 2021. "We have really good players who can step in and play and be ready to go. These are football problems. There are people out there facing a lot tougher challenges. I haven't heard anything from the league. You'd like when a guy is lined up that far in the neutral zone, you certainly expect that to be called."

"I mean, we've got a lot of injuries, so we've been dealing with stress all season, and we've still been able to overcome it," the Baltimore Ravens nose tackle, Brandon Williams, expressed following last Sunday’s loss to the Pittsburgh Steelers. "So, that's what we plan on doing. It's a 'next man up' mentality, so the show must go on. We pray that Marlon [Humphrey] makes it back. We pray that everybody who is down right now gets healed up, but we still have games to play. Next week, we have the [Cleveland] Browns, so we have to focus on that." 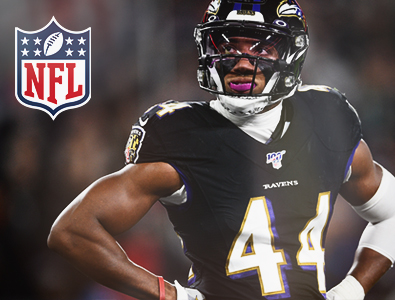