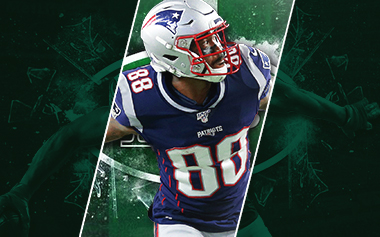 Bill Belichick and the New England Patriots have made a trade with every NFL team except their division rival, the New York Jets. Well as of Tuesday, September 10th, 2019 that has all changed.

The Patriots have traded their veteran wide receiver, Demaryius Thomas, to the Jets for a sixth-round pick in the 2021 NFL draft. This trade should ultimately benefit both teams as the NY team desperately needs a solid and reliable wide out while the Patriots can always use future draft selections. The latter has an old team and will be in the need of some good young football players to fill the roster over the course of the next several seasons.

Reason for the Trade

Thomas is coming off a pretty serious injury. Last season, the big-time pass catcher, formerly with the Denver Broncos and the Houston Texans, in which he split time between last year, tore his Achilles tendon in December of 2018. Once the Patriots picked up wide receiver, Antonio Brown, after the Oakland Raiders had released him, Thomas quickly became dispensable.

With the trade of Thomas, the New England team still has quite an established core of wide receivers. Their two best skill players are Julian Edelman and Antonio Brown. After them, the Patriots also have the services of Josh Gordon, Phillip Dorsett, Jakobi Meyers, and Gunner Olszewski. With the forty-two-year-old, Tom Brady, still leading the offense at the quarterback position, the Patriots still remain highly dangerous on offense.