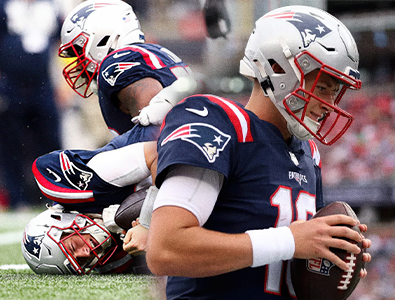 According to sources the New England Patriots, Jones, and the Patriots medical staff they believe this injury will be diagnosed as a high ankle sprain. The 2nd - year quarterback out of the University of Alabama will undergo an MRI as well as other testing on his left ankle on Monday, September 26th, 2022 in order to confirm the diagnosis and determine the severity of this injury.

Mac was forced to hop off of the field last Sunday afternoon as Jones was unable to put any weight on his left leg, and he immediately headed into the New England Patriots’ locker room. The initial tests on Jones’ left ankle discovered that the injury wasn't incredibly serious, and it should not be considered an NFL season ending injury.

On the morning of Monday, September 26th, 2022 the head coach of the New England Patriots, Bill Belichick, addressed the sports media outlets in order to update them on the condition of Jones’ injury, but he did not have much to say as usual. When he was asked whether he expects Jones to go on injured reserve, Belichick replied by saying, "Until we get more information, I'm not going to speculate wildly on what it would or wouldn't be."

Mac was unable to speak to the media during his normally scheduled postgame news conference due to the injury, but he is supposed to address the media sometime on Monday, September 26th, 2022. 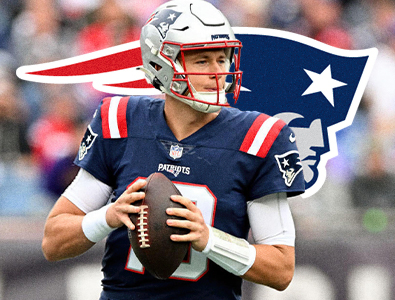 Jones’ injury took place on the New England Patriots last pass attempt of the day, and it resulted in an interception deep into the 4th - quarter, when Mac was hit hard by the Baltimore Ravens defensive lineman, Calais Campbell. Jones quickly grabbed for his injured left ankle following that hit by Campbell.

The now 6 - foot - 8 inch and 307 - pound DL in Campbell left his feet in order to put a strong hit on Mac, and then Calais landed on the New England Patriots’ starting quarterback. Jones' left leg was uncomfortably bent as Campbell landed on the lower part of that left leg.

Mac immediately reached down to grab his left ankle, and then he popped back up to hop over to the New England Patriots' sideline without putting any of his weight on his left leg. While injured NFL players generally enter the pop - up tent on their respective sideline, Mac heading straight into their locker room so that the injury could be addressed by the team’s medical staff.

Campbell discussed what he saw happen on the play by saying, "The games on the line, fourth quarter. They made a couple of plays to kind of move the ball, and it's just a full - court, pass - rush mentality. I think I was just trying to get pressure on him, hit him, make him uncomfortable and make him throw an interception. And I think that was just a good football play. I hate to see him get hurt. That's the worst part of this game. You never want to see guys get hurt. I hope he's OK."

"I know if he has something he can go and play with, he's going to play with it," the New England Patriots’ safety and their longtime captain, Devin McCourty, expressed. "We'll have to see what it is and go from there as a team. We'll continue to rally around him."

The New England Patriots’ Back - Up Quarterback Options

The New England Patriots’ center, David Andrews (one of the team's captains), was asked how much confidence the New England Patriots have in Hoyer, and he responded by saying, "Tons. Brian's been here a long time. I have a lot of respect for how he comes in and works every day and prepares like he is going to play."