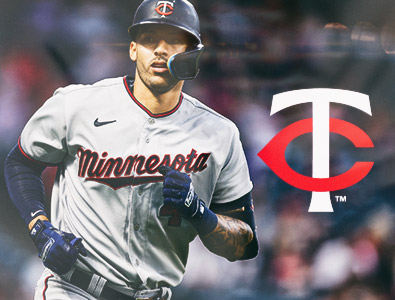 On Tuesday, January 10th, 2023 the Minnesota Twins agree to sign the veteran superstar Major League Baseball All - Star shortstop, Carlos Correa, of course depending on a physical. His past two deals with the San Francisco Giants and the New York Mets fell through because he did not pass their physical examinations.

Correa’s Previous deals with other Ball Clubs this Offseason

It has been a total whirlwind month for Carlos, who had previously agreed to a 13 - year, $350 million contract with the San Francisco Giants back on December 13th, 2022, but after the San Francisco Giants brought up concerns regarding Correa's surgically repaired right leg after he underwent his physical examination, he quickly turned to the New York Mets, who offered him a 12 - year, $315 million contract. The New York Mets also had conflicts with his physical exam too, and their deal fell apart as well which ultimately led Carlos back to the Minnesota Twins, where he struck a deal even after a tumultuous MLB offseason.

The focus is absolutely on his lower right leg, which he managed to break back during the 2014 MLB season in a minor league game. Correa has not yet had to spend time on the MLB injured list for a right leg injury during his 8 - year major league career, but the San Francisco Giants as well as the New York Mets medical teams were definitely concerned about how the leg would progress especially before granting him such a large contract.

The now 28 - year - old Correa is one of the best overall shortstops in Major League Baseball, and Carlos entered the 2022 - 2023 MLB offseason with the hopes of locking down a huge big - league deal with someone. When Correa decided to settle for a 3 - year, $105.3 million deal with the Minnesota Twins that included an opt - out following the first year of that agreement, Correa batted .291 / .366 / .467 to go along with Carlos’ 22 - home runs as well as his elite - level defense.

Should Correa pass his current physical exam with the Minnesota Twins, who should be more familiar with his medical condition than any other MLB franchise, and earlier during the beginning of the winter months he considered a 10 - year, $285 million contract, which is around what the present contract could end up being around if the option vests. The Minnesota Twins will enter the 2023 MLB season with the strong hopes and desires of winning the American League Central division of Major League Baseball.

Meanwhile, the New York Mets will enter spring training without the shortstop that the owner of the New York Mets, Steve Cohen, said to the New York Post "puts us over the top" following the club and Correa previously agreeing to terms only to break up that marriage.

Now the Minnesota Twins will hopefully finalize this agreement with Carlos Correa, and once the ink hits the paper, he will be a Minnesota Twin for a long time.