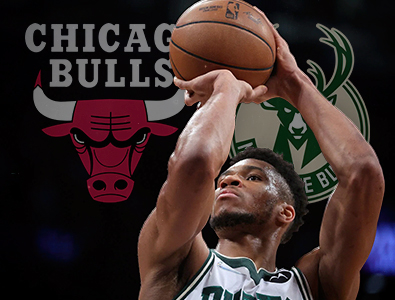 On Wednesday, April 27th, 2022 the Milwaukee Bucks ultimately defeated the Chicago Bulls four - games to one - game as the Bucks easily and successfully closed out their 1st - round series of the 2022 NBA playoffs.

Their next test in the grueling 2022 postseason of the National Basketball Association will be the red - hot and energetic Boston Celtics. Game 1 of that highly - anticipated 2nd - round series is set to begin on Sunday, May 1st, 2022 from the TD Garden located in Boston, Massachusetts.

The Bucks lost possibly their second - best player in their point producing shooting guard / small forward, Khris Middleton, who suffered a sprained MCL and responded with three consecutive victories over the Chicago Bulls, advancing to the second round of the NBA playoffs with a 116-100 win in Game 5 on Wednesday.

After the Milwaukee Bucks only won one of the first two games of this one - sided series, the Bucks asserted their true dominance over the shaky and beat up Chicago Bulls. The Milwaukee Bucks managed to keep the Chicago Bulls from scoring 100 - points in 3 of the 5 total games, coming out victorious in each of the final 3 - games by double digits even without the services of Middleton.

Giannis Antetokounmpo scored a game - high 33 - points on 11 - out - of - 15 shooting from the field as he added 9 - boards rebounds throughout this series finale on Wednesday night from the Fiserv Forum Complex Center located in Milwaukee, Wisconsin.

"After Game 2, the team knew what the deal was," the former NBA Finals MVP Giannis Antetokounmpo stated regarding having to win this series without the help of their 3 – time NBA All - Star shooting guard / small forward in Khris Middleton. "We knew what we had to do, we had to be desperate. We had to go out there and compete at a high level. Pay attention to detail as much as possible. Help one another defensively. We've got to do it as a team. It's not a one - man show or two - man show.

"Now we're going to a different series, playing a different team, a very, very good team, and hopefully we can do it again." 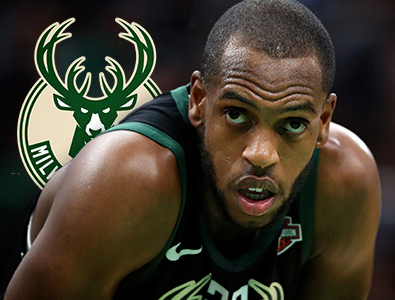 The Milwaukee Bucks geared - up their defensive intensity in order to make - up for the nonexistence of Middleton, who sprained his MCL in the left knee during the 4 - quarter of 2nd – game of this 1st – round series vs. the Chicago Bulls. As of now, they will be facing at least the beginning of the 2nd - round of the 2022 NBA playoffs without arguably one of their most valuable players.

The Milwaukee Bucks’ initial timeline for the return of Middleton previously had him set to be reassessed in 2 - weeks, which would be next Wednesday, May 4th, 2022 after both games 1 and 2. The head coach of the Milwaukee Bucks, Mike Budenholzer, recently confirmed following game 5 vs. the Chicago Bulls that the Bucks will have no choice but to start the next upcoming series without Khris.

"We've been talking about the depth of the roster, the quality of the roster a lot this season," Budenholzer who improved to 8 - 0 in close - out NBA playoff games with the Milwaukee Bucks expressed. "Other guys have gotten opportunities and played well. Our defense has tightened up, we've leaned hard on that these three games.

"We miss Khris; I don't think anybody underestimates how important and how effective he is for us. While we don't have him, we've got to be our best all up and down the roster."

History of the Milwaukee Bucks Fighting through Injuries

That includes 2 - victories in the Eastern Conference Finals the past NBA season versus the Atlanta Hawks while their best player, Antetokounmpo, was forced to recover from a severe knee injury.

With the Chicago Bulls guards Zach LaVine, due to health and safety protocols, as well as Alex Caruso, for being on the concussion protocol list, both of which were forced to be on the bench for health reasons last Wednesday, April 27th, 2022. The Milwaukee Bucks were able to fight well defensively on the Chicago Bulls best player this season in DeMar DeRozan, who was limited to just 11 - points on 5 - of - 10 on his field goal attempts. 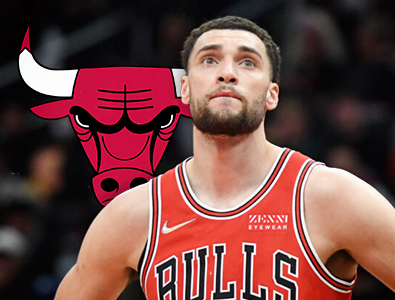 All 10 of DeRozan's shots were contested, and DeMar was constantly finding himself surrounded by the Milwaukee Bucks’ double – team defense that happened a total of 27 - times throughout Game which was obviously a big part of the Milwaukee Bucks game plan during this 1st – round series of the NBA postseason.

"We threw everything at him," Budenholzer went on to say. "He's such a good player, the season he's had. The ability to make shots, the ability to get to the free throw line, he's phenomenal. He saw a lot of people in front of him, around him, just basically always."

DeRozan did his very best as he tried to get his teammates more involved so that the Bulls could potentially counter, but the Chicago Bulls failed miserably to hit their open shots or capitalize on quality opportunities. Chicago went just 7 - for - 25 from the floor in their 1st – round NBA playoff series against the Milwaukee Bucks (3 - for - 18 on 3 - point shots) off of DeRozan's passes or attempted assists. In a nutshell, the Chicago Bulls hit on only 15 - of - 52 shots from 3 – point range last Wednesday night.

"You've got to give credit to them," the Chicago Bulls superstar shooting guard / small forward, DeMar DeRozan, explained. "I expected it, but I didn't want to get carried away and try to go out there and shoot 30 times. I trusted my guys. I didn't care how many shots they missed. Whenever I felt I had the right pass to make, I tried to make the right play. I'm going to live and die with those guys making and missing shots. Give the Bucks credit defensively, they locked in and took away what they needed to take away. Congrats to them."