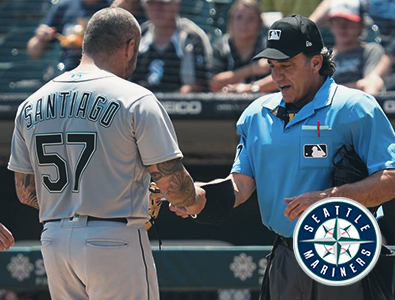 On Sunday, June 27th, 2021 in the first game of a double – header featuring the Chicago White Sox hosting the Seattle Mariners from Guaranteed Rate Field located on the southside of Chicago, Illinois, the Seattle Mariners’ left – handed starting pitcher, Hector Santiago, was checked for foreign substances by umpires as he walked off of the mound in the fifth inning of the ball game.

Santiago was ejected from the game for violating Major League Baseball’s new foreign substance protocol as all four of the umpires agreed that Hector had a sticky substance on his glove. Although Santiago claims it was just merely a combination of both sweat and rosin, which is legal by the new standards of Major League Baseball, the umpires ejected Hector from the game, confiscated his baseball glove, and he will be possibly suspended for 10 games due to this infraction on MLB’s new crackdown on pitchers using foreign substances while pitching in big – league games.

Currently the Chicago White Sox hang on to first place in the American League Central division of Major League Baseball as they enjoy a two and a half game lead over the Cleveland Indians who hold down the second – place spot in the AL Central. The Seattle Mariners who have been climbing up the standings are in third – place of the American League West division of the MLB. At the moment they are 7.5 games behind the first – place Houston Astros and 5.5 games behind the Oakland Athletics who are sitting in the second place slot of the AL West right now.

"[Umpire Phil Cuzzi] said he felt some sticky stuff on the inside of the glove," the Seattle Mariners’ pitcher Hector Santiago expressed following the Seattle Mariners' 3 – 2 victory in Chicago against the White Sox. "All I used was rosin. I used it on both sides, trying to keep that sweat from dripping down to the hands. What they told me was, you can't use rosin on the glove hand. When I use rosin, I dab on both sides. The umpire said you couldn't use it on the glove hand. Once they take it back and check it, it's just sweat and rosin. If they're going to do all this science stuff, it's going to be sweat and rosin. We'll be all right."

"What we do is we go around the whole glove, feeling for anything that would be sticky or something," the umpiring crew chief Tom Hallion stated. "It was very noticeable, and then the rest of the crew inspected to make sure we were all in agreement. All four agreed that it was a sticky substance, and that's why he was ejected. You just use your judgment on what you would consider is sticky, and not a norm for what we have seen over all our careers in baseball."

The Seattle Mariners’ manager Scott Servais said, "It's about 85 – 90 % humidity today. He had rosin all over himself. When you put rosin on sweat, it gets sticky. Our guys are doing the right thing. We're following the rules." 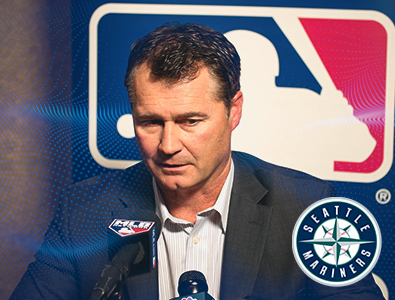 According to Bovada sportsbook below are the odds to win the MLB 2021 World Series as Monday, June 28th, 2021. Currently the Seattle Marines have the 21st highest odds to win it all for this exciting 162 game regular season of Major League Baseball in addition to the 2021 MLB playoffs.