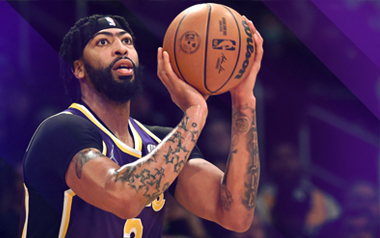 On Thursday, February 17th, 2022 the Los Angeles Lakers announced some bad news regarding one of their biggest superstar players. The Lakers power forward / center, Anthony Davis, will be sidelined for a minimum of 4 - weeks following an MRI scan that revealed that the Los Angeles Lakers dominant big - man has suffered a mid - foot sprain.

Davis endured this most recent foot injury during the Los Angeles Lakers’ 106 to 101 victory over the surging Utah Jazz on Wednesday, February 16th, 2022.

Anthony was X - rayed on last Wednesday night at Crypto.com Arena located in Salt Lake City, Utah, and the X - ray that displayed that there were no fractures in Davis’ injured foot sources from the Los Angeles Lakers confirmed, but his MRI last Thursday, February 17th, 2022 exposed the severe sprain to Davis’ mid - foot.

The Los Angeles Lakers stated that their team of medical experts will continue to monitor his progress as this injury begins to heal, and Davis will definitely be reevaluated in approximately 4 - weeks from now.

The Incident that caused this Right Mid - Foot Sprain

Anthony was initially injured while he went up in the air in order to receive a lob - pass from his teammate, Malik Monk, and Davis ultimately came down hard on top of the Utah Jazz’s superstar center, Rudy Gobert's, heel during the 2nd – quarter of Wednesday night’s game. His right ankle happened to turn outward as Davis fell to the floor in obvious pain while he desperately was clutching the lower portion of his right leg.

The Los Angeles Lakers biggest star in LeBron James disclosed that Anthony had to leave the arena on crutches last Wednesday, and apparently reliable sources explained at that time that Anthony experienced major discomfort as well as swelling in his right - ankle right after he suffered this painful injury.

This new obstacle in the Los Angeles Lakers rough 2021 – 2022 NBA season goes to demonstrate that Anthony Davis has difficulty remaining healthy as he had previously already has had to miss out on 17 - games from late December of 2021 through late January of 2022 with a severe sprain to his MCL in his left - knee.

The Los Angeles Lakers came into Thursday, February 17th, 2022 in 9th - place in the Western Conference of the National Basketball Association with an overall record of 27 wins and 31 loses. The Los Angeles Lakers are presently 6 - games in back of the Denver Nuggets who currently sit in the 6th - place of the Western Conference standings of the NBA. The 6th - place team at the end of the 2021 - 2022 NBA season would ensure that team that they would not have to battle things out in the playoff play - in tournament.

At the moment the Los Angeles Lakers are 4 - games in front of the 11th - place team in the West known as the New Orleans Pelicans who they will have to outlast in order to guarantee at least getting into the NBA playoffs play in tournament this year.

Following the 2021 - 2022 NBA All - Star break, the Los Angeles Lakers will have only 2 - games remaining in February of 2022, and then the Los Angeles Lakers will go ahead and have to play 9 - games through March 18th, 2022. That will be approximately the time that the team’s medical staff will reevaluate Davis’ right mid - foot sprain that he is currently battling. 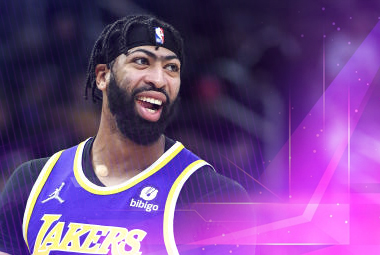