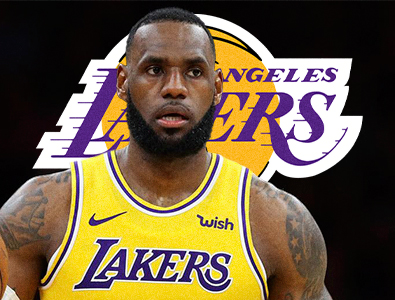 LeBron is also ineligible for a no - trade clause due to the fact that he already agreed on a contract extension as opposed to a new fresh contractual agreement, but the new deal’s starting salary of $46.7 million is the 15 % trade kicker, and LeBron’s standing as one of the NBA’s all - time historical greats most likely made him a Los Angeles Laker for as long as he so chooses to be.

Previously LeBron had been entering the last year of his last contract with the Los Angeles Lakers (worth $44.5 million), and he now joins NBA All - Star Anthony Davis with them both being able to negotiate new contracts with the L. A. Lakers or become unrestricted free agents after the next 2 - NBA seasons.

With this new agreement between the Los Angeles Lakers and James, the 4 - time NBA champion and MVP and 18 - time NBA All - Star selection abolishes any concerns that LeBron could enter free agency as soon as the next summer. Although the approaching 38 - year - old James continues to remain an All - NBA - level ball player and he serves as the centerpiece of the Los Angeles Lakers' hopes for winning any NBA championship titles in the near future.

LeBron is now completely ineligible to be traded to another NBA franchise during the upcoming 2022 - 2023 NBA season due to the fact that the 2nd - year of his new contract extension exceeds a 5 % raise causing his contract to be non - tradable.

The Los Angeles Lakers could have over $20 million in salary - cap space for the 2023 NBA offseason, and that provides their franchise the capability to sign a 3rd - max contract player in addition to James and Davis during the 2024 offseason. The player options would increase the salary - cap space if the players decline them, and yet remain on new contractual agreements with the Los Angeles Lakers.

Potentially Playing with his Son

LeBron’s oldest son, Bronny James, is currently beginning his senior year of high school basketball, making him eligible for the NBA draft by the year of 2024. LeBron has repeatedly expressed his interest to team up with his son on an NBA team before he does eventually retire from playing basketball in the NBA. 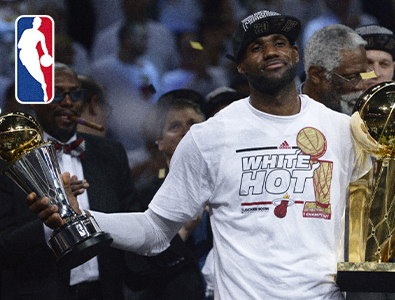 The Los Angeles Lakers missed the playoffs during the 2021 - 2022 NBA season even though LeBron averaged 30.3 points per game, 8.2 rebounds per game, and 6.2 assists per game. Unfortunately, injuries limited James to playing only 56 - games last season.