The Legendary Bill Russell of the Boston Celtics Dies at 88 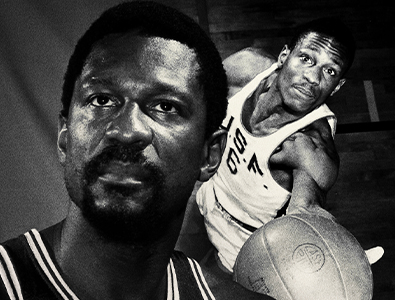 On Sunday, July 31st, 2022 the all - time great NBA legend and historic Boston Celtic, Bill Russell, died peacefully at the mature age of 88 - years - old. Russell was the foundation of the Boston Celtics dynasty throughout the 1950’s and 1960’s that won 8 - consecutive NBA championships and ultimately winning 11 - NBA titles overall during his illustrious basketball Hall of Fame career.

Russell passed away gently with his wife, Jeannine Russell, at his bed – side. All of the arrangements for his funeral and memorial service will be announced sometime soon.

The cause of his death was not provided to the public, but Russell, who had been living in the Seattle, Washington surrounding area at the time of his death, was not well enough to present the NBA Finals MVP Award trophy back in June of 2022 due to a long withstanding illness.

"But for all the winning, Bill's understanding of the struggle is what illuminated his life. From boycotting a 1961 exhibition game to unmask too - long - tolerated discrimination, to leading Mississippi's first integrated basketball camp in the combustible wake of Medgar [Evers'] assassination, to decades of activism ultimately recognized by his receipt of the Presidential Medal of Freedom ... Bill called out injustice with an unforgiving candor that he intended would disrupt the status quo, and with a powerful example that, though never his humble intention, will forever inspire teamwork, selflessness and thoughtful change.

"Bill's wife, Jeannine, and his many friends and family thank you for keeping Bill in your prayers. Perhaps you'll relive one or two of the golden moments he gave us, or recall his trademark laugh as he delighted in explaining the real story behind how those moments unfolded. And we hope each of us can find a new way to act or speak up with Bill's uncompromising, dignified and always constructive commitment to principle. That would be one last, and lasting, win for our beloved # 6," a recently released statement poetically read.

Throughout the duration of a 15 - year period, beginning with his time at the University of San Francisco, Russell had the most amazing and successful career of any player in the history of American team sports. At USF, Bill was a 2 - time All - American, he won two NCAA championships in a row, and Russell led the team to 55 - straight victories. Bill also won a gold medal at the 1956 Olympics for the United States of America with their men’s basketball team. 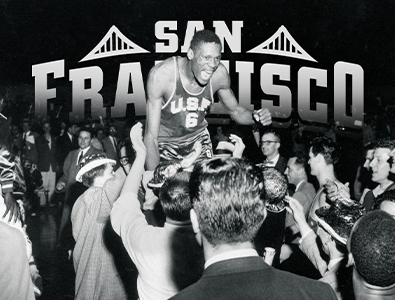 During his 13 years in Boston, he carried the Celtics to the NBA Finals 12 times, winning the championship 11 times, the last two titles won while as both a player and serving as the NBA's first Black coach.

"Bill Russell's DNA is woven through every element of the Celtics organization, from the relentless pursuit of excellence, to the celebration of team rewards over individual glory, to a commitment to social justice and civil rights off the court," the Boston Celtics expressed through their publicly released statement. "Our thoughts are with his family as we mourn his passing and celebrate his enormous legacy in basketball, Boston, and beyond."

"I cherished my friendship with Bill and was thrilled when he received the Presidential Medal of Freedom," Silver went on to say. "I often called him basketball's Babe Ruth for how he transcended time. Bill was the ultimate winner and consummate teammate, and his influence on the NBA will be felt forever."

A 5 - time NBA MVP as well as 12 - time NBA All – Star all with the Boston Celtics, Bill was possibly the best shot - blocker of all - time as he kept possession following many of his blocks, and he revolutionized the NBA on defensive too. Russell finished his outstanding career with 21,620 - rebounds, an average of 22.5 rebounds per game, and he led the NBA in rebounding throughout 4 - seasons.

Bill had 51 - total rebounds in one single game, and he pulled down 49 - boards in 2 other NBA games as he posted 12 - consecutive NBA seasons with 1,000 or more total rebounds. He also averaged 15.1 - points per game as well as 4.3 - assists per game throughout the duration of his astonishing 13 - year career in the National Basketball Association.

Until Michael Jordan's production with the Chicago Bulls during the 1990’s, Bill was considered by many as the greatest player in the history of the National Basketball Association.

"Bill Russell was a pioneer -- as a player, as a champion, as the NBA's first Black head coach and as an activist," Jordan, now the chairman of the Charlotte Hornets, said in a statement. "He paved the way and set an example for every Black player who came into the league after him, including me. The world has lost a legend. My condolences to his family and may he rest in peace."

Russell was awarded the Medal of Freedom by former President Barack Obama in 2011, the nation's highest civilian honor. And in 2017, the NBA awarded him with its Lifetime Achievement Award.

"Today, we lost a giant," President Barack Obama humbly stated. "As tall as Bill Russell stood, his legacy rises far higher -- both as a player and as a person. Perhaps more than anyone else, Bill knew what it took to win and what it took to lead."

Bill and the Boston Celtics had a dominating control of the NBA Finals by winning 10 - NBA championships over the course of 11 - seasons, and giving pro - basketball a level of status it may have never seen before.

In the process, Bill revolutionized the game of basketball. He was a 6 - foot and 9 - inch center who demonstrated lightning quick reflexes that brought unrivaled shot - blocking and defensive strategy that powered an unstoppable fast - break offense which had never been witnessed prior to the Russell era.

In 1966, following 8 - consecutive NBA championships, the Boston Celtics head coach Red Auerbach retired, and he named Russell as his successor as the next head coach of the Celtics. It was hailed as a sociological advance, since Bill was the 1st - Black coach of a major league team in any major American sport. However, Russell nor Auerbach saw the move in that manner. They felt it was simply the best way to remain successful on the basketball court, and as a player - coach, Bill won 2 - more NBA titles over the course of the following 3 - years.

After Russell won his 11th - NBA championship in 1969 at age of 35 - years - old, Bill retired. Throughout his 13 - seasons in the National Basketball Association, the league had expanded from 8 - teams to 14. Bill's Boston Celtics teams never had to survive more than 3 - NBA playoff rounds to win an NBA championship before the expansion.

"If Bill Russell came back today with the same equipment and the same brainpower, the same person exactly as he was when he landed in the NBA in 1956, he'd be the best rebounder in the league," Bob Ryan of the Boston Globe mentioned. "As an athlete, he was so far ahead of his time. He'd win three, four or five championships, but not 11 in 13 years, obviously."

During the 1959 - 1960 season of the NBA, the 7 - foot 1 - inch Wilt Chamberlain emerged as another dominating center in the landscape of the National Basketball Association. Wilt averaged a record 37.6 points per game during his rookie season with the Philadelphia Warriors.

On Nov. 7, 1959, Russell's Boston Celtics hosted Chamberlain's Philadelphia Warriors, and it was labelled as the the matchup between the best offensive and defensive centers calling it, "The Big Collision," and "Battle of the Titans." While Wilt outscored Russell 30 to 22, the Boston Celtics won 115 to 106, and the game was called a "new beginning of basketball."

The matchup between these dominating centers quickly became one of the NBA’s greatest rivalries of all - time. One of the Boston Celtics' NBA titles came against Wilt's San Francisco Warriors clubs back in 1964.

Although Chamberlain outrebounded and outscored Russell over the course of their 142 - career head - to - head contests, Bill usually was considered the overall better player due to his unselfish nature that helped his team simply win.

Over the course of the 8 - NBA playoff series between Chamberlain and Russell, the Boston Celtics won 7 of them. Bill has 11 - NBA championship rings while Wilt has only 2 - NBA titles 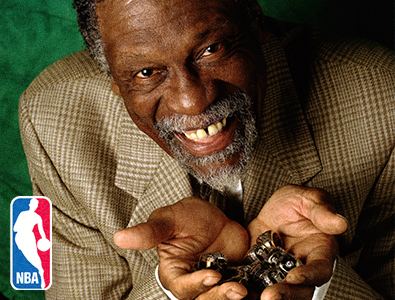 Bill became the first Black player to be inducted into the Naismith Memorial Basketball Hall of Fame way back in 1975, and in 1980 Russell was voted the Greatest Player in the History of the NBA by the Professional Basketball Writers Association of America. He left one hell of an imprint on and off the court not only as one of the greatest players of all time, but also as a trailblazer for civil rights and equality. Bill Russell will be greatly missed by so very many.