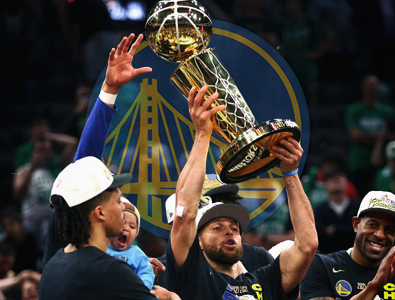 On Thursday, June 16th, 2022 the Golden State Warriors became the champions of the National Basketball Association once again, as they defeated the Boston Celtics with the final score of 103 to 90 for their 4th - NBA title over the last 8 - seasons.

Golden State’s point guard Steph Curry scored 34 - points in the decisive game - 6 as he finally got the honor of being awarded the NBA Finals MVP. The Golden State Warriors claimed their 7th - overall championship title. This championship journey was like no other for the Warriors, after a nice long run of 5 - consecutive finals, then a slight fall from greatness to the bottom of the NBA, and now back to their reign of glory.

“We found a way to just get it done,” Stephen Curry expressed. “It’s part of a championship pedigree, our experience. We built this for 10 - 11 years. That means a lot when you get to this stage.”

For Steph Curry, Klay Thompson, Draymond Green, and Andre Iguodala, it’s their 4th - NBA title. Their 1st – 3 championships came back in 2015, 2017 and 2018, when the Golden State Warriors were a dynasty as they made it to 5 - straight NBA finals.

“They’re all unique, they’re all special," the head coach of the Golden State Warriors Steve Kerr explained. “This one might have been the most unlikely. ... It takes a group effort to get it done and we had a great group.”

The historic and legendary Boston Celtics were competing for what would have been their record 18th - championship, if the Celtics had won this season it would have allowed Boston to break a tie with the Los Angeles Lakers for the most in league history.

This recent story for the Golden State Warriors finished much differently than what was their most recent NBA finals appearance versus Toronto back in 2019, one that saw Kevin Durant tear his Achilles tendon in Game - 5, and then Klay tore his ACL in what became the Toronto Raptors’ title - clincher in Game - 6 of the NBA finals that year.

The aftermath of that defeat came when Durant’s decided to leave after that season in free agency to join the Brooklyn Nets in the Eastern Conference, and Thompson’s own Achilles injury occurred while he was rehabilitating his knee injury.

With the loss of players to free agency, trades, and injuries the Golden State Warriors franchise was propelled into a rebuilding phase that ultimately turned out to be a reload in order to provide that team the players necessary to once again compete for an NBA championship.

The Golden State Warriors took advantage of their 2 - year interval from the NBA’s largest stages in order to retool their player roster as they added a former number - 1 draft pick in Andrew Wiggins, who just so happened to excel during his 1st - NBA finals, as well as by adding another rising basketball star in Jordan Poole to their formative squad.

“This one hits different for sure knowing what the last three years meant, what it’s been like," Curry said. “Injuries, the changing of the guard, rosters, the young guys. ... Now, we got four championships. Me, Dray, Klay and Andre.

“Finally got that bad boy," Curry added, referring to the MVP trophy. “It’s special. ... Everybody mattered in that process.”

How it all Clicked for the Golden State Warriors 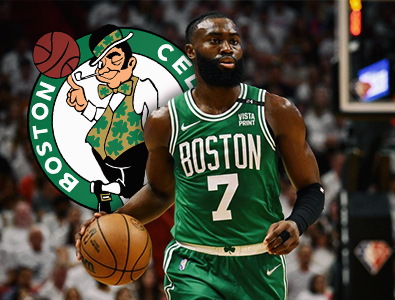 Jaylen Brown managed to lead the Boston Celtics with 34 - points, but the struggling Jayson Tatum finished the final game with only 13 - point as he shot a dismal and uncharacteristic 6 out of 18 from the field. The Boston Celtics also committed a dreaded 22 - turnovers, dropping to 1 - 8 during these 2022 NBA playoffs when committing 16 or more turnovers in a contest.

This marked just the 5th - loss in their 22 - NBA title - series appearances for the Boston Celtics, which eventually turned their basketball season around in order to have a chance at this year’s NBA crown. The Boston Celtics were an average to below average team at 25 and 25 following their initial 50 - NBA games, and then the Boston Celtics went on a major tear as they pushed hard to get to the 2022 NBA finals and they came close to winning what would have possibly could have been just their 2nd - NBA championship since the year of 1986.

It was the 3rd - straight season of the National Basketball Association where specific factors were affected by the international COVID - 19 pandemic that we are all still dealing with, and whereas things are basically closer to normal, pictures and video clips of the NBA championship celebration will have to serve as a forever reminder that the coronavirus was still an absolute issue on major sporting events as well as life as we know it today.

The Commissioner of the National Basketball Association, Adam Silver, was unfortunately not able to attend the final NBA game this season due to the fact that he remained in the NBA’s health and safety protocols related to the COVID - 19 protocol.

The Boston Celtics were behind by as many as 22 - points during the last game of the series, but they battled back so that the Celtics could cut the Golden State Warriors lead to just 8 at some point late in the game. A 3 - point shot netted by Jaylen Brown made it 86 - 78 with just 5:33 remaining on the game clock, but the Golden State Warriors refused to let up throughout the final stages of the highly - anticipated match - up.

“We’ve had so many great players," Kerr goes on to say, “but Steph, ultimately is why this run happens.”

The Boston Celtics 13 - point defeat to the Golden State Warriors marked the 1st - NBA finals series in the long history of the National Basketball Association without a single – digit contest within the entire series. The former Boston Celtic great in Ray Allen who was a member of the Boston Celtics’ last NBA championship team back in 2008, sat courtside to witness this tough and devastating loss.

The NBA Hall of Famer, Robert Parish, was also in attendance to watch this difficult to swallow ball game for the Boston Celtics.

The Boston Celtics came out firing on all cylinders as they rode the energy from a loud TD Garden crowd in order to take an early and commanding 14 to 2 lead.

The Golden State Warriors outscored the Boston Celtics 27 to 17 for the period, and they carried a 54 - 39 lead into the 2nd - half of game play while some of the Boston Celtics fans booed their home team as they left the basketball court for the halftime break.