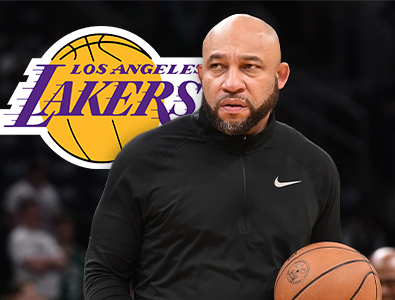 On Friday, May 27th, 2022 the Milwaukee Bucks former assistant coach, Darvin Ham, has agreed to a new 4 - year contract in order to become the next coach of the Los Angeles Lakers.

While interviewing with the Los Angeles Lakers front office officials last Thursday, Ham separated himself from the other potential head coaching candidates in the interview process over the past week or so which resulted in Ham generating the job offer that he graciously accepted.

Ham will be held to high standards as he will responsible for returning the Los Angeles Lakers to the NBA playoffs following their terrible 2021 - 2022 NBA season where the Lakers posted an overall record of 33 and 49 which cost Frank Vogel his head coaching job with the Los Angeles Lakers.

One of Ham's most important objectives will be to find a way to incorporate the future Hall of Fame point guard Russell Westbrook into the Los Angeles Lakers’ structure on the court with LeBron James as well as Anthony Davis. That was an important directive and topic of discussion throughout the Los Angeles Lakers’ head coaching interview process according to sources. 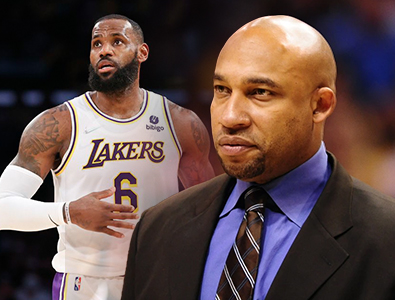 Darvin has been a significant part of one of the NBA’s most successful coaching trees under the Milwaukee Bucks head coach in Mike Budenholzer which includes the Memphis Grizzlies' Taylor Jenkins, the Utah Jazz's Quin Snyder as well as the Golden State Warriors assistant coach in Kenny Atkinson. Darvin spent 9 - NBA seasons with Budenholzer in Atlanta with the Hawks and Milwaukee with the Bucks. During Ham’s time as an assistant coach with the Milwaukee Bucks he helped the franchise win the 2021 NBA championship title together with Budenholzer.

"I'm so happy for him," the Milwaukee Bucks superstar big - man, Giannis Antetokounmpo, stated to ESPN regarding Darvin Ham getting hired as the next head coach of the Los Angeles Lakers. "He's the right fit for them. He keeps it real with you. No B. S. at all. It's about damn time. He deserves it more than anyone."

Darvin played 8 - seasons in the National Basketball Association, and he was able to play a part in the Detroit Pistons winning an NBA championship title back in 2004.

The Los Angeles Lakers conducted the final interviews with 2 of the 3 finalists last week. Ham and Terry Stotts were the final 2 - potential candidates that the Los Angeles Lakers considered for their recent head coaching vacancy. After the interview with Darvin Ham the NBA franchise front office executives knew they had found their next head coach, and Ham seems to deserve this great responsibility that he has now finally earned.