The Golden State Warriors advance to the 2022 NBA Finals 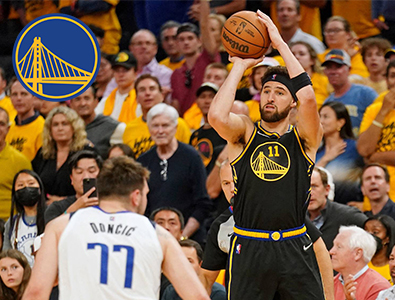 The head coach of the Golden State Warriors, Steve Kerr, witnessed his team celebrate their much - deserved win over the Dallas Mavericks, he had a flashback back the year of 2015. He was in his rookie year of being a head coach in the NBA, and his team had just won the 2015 Western Conference Finals, stamping their ticket to the 2015 NBA Finals. That was the start of what would become a modern - day dynasty in the National Basketball Association.

As Kerr’s squad proudly lifted the Conference Finals trophy on Thursday, May 26th, 2022 Steve looked throughout the crowd at the new and energetic Chase Center just as he once did back at the old Oracle Arena 7 - years ago, and he allowed the moment to fully sink in as he appreciates every moment of it.

It was the moment that the Golden State Warriors managed to make their way back to the NBA Finals for the 1st - time since the year 2019, and the 6th - time for the dynastic NBA franchise over the course of the last 8 - NBA seasons.

"Tonight, was different because we've done it before," the Golden State Warriors head coach Steve Kerr explained. "But in a different way, it was incredibly meaningful given everything that we've been through organizationally over the last couple of years."

At this time last season, Klay Thompson, was just starting to be able to run once again following multiple serious injuries including an ACL tear and a ruptured Achilles tendon. After the conclusion of the 2020 - 2021 NBA season, which concluded following 2 - play - in - game losses, Stephen Curry issued a warning to rest of the league by saying, "You don't want to see us next year."

"It was more just a message for us," the Golden State Warriors guard Stephen Curry expressed. "It wasn't for anybody else. It was a message for us to stay locked on the opportunity that was coming our way because we had built such a good momentum finishing the years, reestablishing what Warrior’s basketball was."

A huge part of the Golden State Warriors rebuild has been the return of one of the two splash - brothers, Klay Thompson. As the team was presented with the 2022 NBA Western Conference championship trophy, his overall emotional state was quite profound, as he even needed to cut his on - the - court interview premature as he fought hard to hold back his tears of joy.

"I'm happy for everybody ... [but] it's hard not to be most excited for Klay," Kerr goes on to say. "The fight that he's been through to get back to this point. Just an incredible accomplishment for him. For him to be a part of it, he's so happy again. It's wonderful to see." 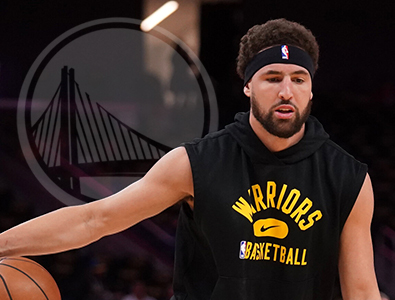 The Importance of Klay Thompson’s Return

Thompson played his very best basketball game of the 2022 Western Conference Finals on Thursday night as he finished the contest with the game - high of 32 - points. Thompson shot 12 - of - 25 from the field which included eight 3 - point splashes. Thompson became the very 1st - player in the history of the National Basketball Association to drain eight 3 - point shots in multiple series - clinching ball games throughout his illustrious NBA career (he hit a total of 8 in Game - 6 versus the Memphis Grizzlies during the previous playoff series).

"I dreamt about this day," says the Golden State Warriors guard Klay Thompson. "Just my appreciation for moving my body again, I thought about that. I thought about those days I couldn't run or jump, how lucky we are to do what we do. Just to be here again wearing this [Western Conference Champion] shirt, wear this [NBA Finals] hat, I mean, I dreamt of this."

Heading into the 2021 - 2022 season of the National Basketball Association, the most frequently overheard phrase from the Golden State Warriors just so happened to be, "Once Klay comes back ..."

From the very start, the Golden State Warriors absolutely knew Klay’s return to the team completely healthy was the final piece to the puzzle in order to make the Warriors not only whole again, but an NBA championship title contender once again.

"You can see how much he was missing over the last couple of years," the Golden State Warriors power forward Draymond Green stated. "To have him back, still not 100 percent back to the Klay Thompson that we know, but working his way there, is special."

Draymond Green had his best game in terms of scoring during the exciting 2022 NBA playoffs by finishing his night with 17 - points as he shot 6 - of - 7 from the field while dishing out 9 - assists to his teammates. Curry had somewhat of a quiet night for his usual self. Steph put up just 15 - points to go along with his 9 – assists. Curry was deservingly named the inaugural Magic Johnson 2022 Western Conference Finals Most Valuable Player as well.

The Big - 3 of the Golden State Warriors

The trio of Green, Curry, and Thompson just became the 1st - trifecta who each individually have had multiple All - NBA selections as well as making it to the NBA Finals 6 - times together over the last 50 – seasons of the National Basketball Association.

That trifecta of Curry, Thompson, and Green will be the 1st to admit that they are not the only reason for making that happen, as their supporting role players are just one of the contributing factors for this special NBA postseason run.

Thompson likes to quote John Wooden when thinking about how the Warriors have accomplished what they have: "It's amazing what a team can do when nobody cares who gets the credit." 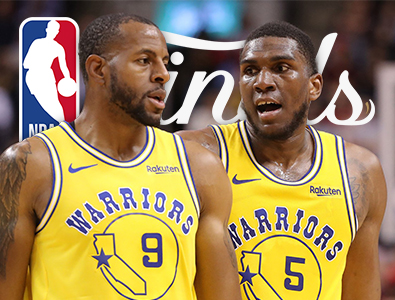 Aside from Curry, Thompson, and Green; Kevon Looney and Andre Iguodala are the only other players on the Golden State Warriors' team roster to not just win an NBA championship, but make it back to the 2022 NBA Finals.

The Golden State Warriors have amazing veteran players including Andrew Wiggins, Otto Porter Jr., and Nemanja Bjelica, who are experiencing a deep playoff run like this for the very first time throughout their careers in the National Basketball Association. They also have other inexperienced ballers such as Jordan Poole, Jonathan Kuminga, and Moses Moody, who have seemed to help bridge the gap between the Golden State Warriors' past success and their future success. Journeymen like Gary Payton II has also finally found a home where he can flourish with a single team in the NBA.

"The ability to set the table for anybody that comes in, be a part of the fold, find their way, elevate their game ... I think we pride ourselves on the more than what we do individually," Curry mentioned. "To be able to do it on the biggest of stages, that's not easy to do."

"In my short three years, this team is extremely special," the Golden State Warriors young guard Jordan Poole exclaimed. "What makes that special is we always knew we had championship DNA. Maybe the pieces didn't fit at first, the first two years. But you can tell that was the core. Everything we did, from practice to preparation, was all championship - based ... even though the two years were tough, it obviously built up to this."

The Golden State Warriors took outright control of Thursday night's Game - 5 match - up against the Dallas Mavericks early on in the ball game as they built an 18 - point advantage in the 2nd - quarter of the fifth game of the 2022 Western Conference Finals.

Valiant Effort for the Dallas Mavericks in the Game - 5 Loss

The Dallas Mavs made a little run during the 3rd - period by outscoring the Golden State Warriors 15 to 2 in the final 3 - minutes and 51 - seconds of that time frame in order to drop the previous 25 - point deficit down only to 7 - points.

The beginning of the 4th - quarter featured the Golden State Warriors making their own little run to reconstruct a very comfortable lead for the remainder of the game.

The next - man - up philosophy versus the Dallas Mavericks was a product of what the Golden State Warriors had proceeded to do throughout the entire 2021 - 2022 NBA regular season.

Early during this year, Draymond spoke at the media podium as he issued a similar warning that Curry had stated just a few months earlier.

"I said, 'Don't let us win a fucking championship,'" Green recalls. Even without the services of Klay Thompson at the time, Green realized something special in his team. When he was sidelined for 2 - months with a back injury, he still held his faith. Even when Steph Curry missed the final month of the 2021 - 2022 NBA regular season, Green knew it would all come together, and now it truly has come to fruition for the Golden State Warriors.

"No one has proven that they can move us off that spot," Green continues to say. "That's the mindset we come into this thing with. We understand what it takes to win a championship. We understand the process, how you have to get better throughout the course of the season."

Green said, "I can't say that I thought coming into this season, like, yo, we're going to win a championship or we're going to be in the NBA Finals. But I always believed with [Green, Curry, and Thompson], we have a chance."

Who will the Golden State Warriors face in the 2022 NBA Finals?

The Golden State Warriors now await the winner of the Eastern Conference Finals between the Miami Heat and the Boston Celtics in order to determine who they will face in the vastly approaching 2022 NBA Finals.