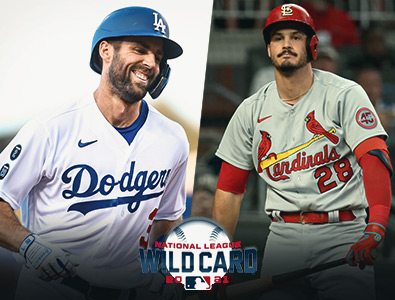 The New York Yankees were defeated by the Boston Red Sox in the 2021 American League Wild Card game with an overall final score of 6 to 2. This game was played at Fenway Park located in Boston, Massachusetts on Tuesday night, October 5th, 2021. The Boston Red Sox earned the right to move on to the divisional round of the 2021 MLB postseason where they will face the American League East champion Tampa Bay Rays.

The 2021 National League Wild Card game featured the 3 - time Cy Young Award - winning starting pitcher, Max Scherzer, going for the Los Angeles Dodgers against the St. Louis Cardinals who sent their veteran ace starting pitcher in Adam Wainwright to the mound on Wednesday night for this one game Wild Card match – up with the winner heading into the National League Divisional Series (NLDS) to face the San Francisco Giants.

The San Francisco Giants finished the 2021 MLB regular season with the best record in Major League Baseball as the Giants went an astonishing 107 and 55. This was a major surprise to everyone covering the MLB as the Los Angeles Dodgers as well as the San Diego Padres were predicted to be leading the extremely competitive National League West division of Major League Baseball.

The starting pitchers for both ball clubs pitched one hell of a playoff game, and in my opinion Scherzer was taken out of the game prematurely by the Los Angeles Dodgers’ manager, Dave Roberts. The game ended up being tied at 1 to 1 all the way to the 9th inning of play last Wednesday night from Los Angeles.

The St. Louis Cardinal struck first as the Red Birds second baseman, Tommy Edman, came around to score following a wild pitch by Max Scherzer in the top of the first inning. Then the Los Angeles Dodgers scored a run on a solo home run by the L. A. Dodgers’ third baseman, Justin Turner, in the bottom of the 4th inning of this highly contested National League Wild Card show - down.

The game remained knotted – up at 1 run a piece until the bottom of the ninth when first the Los Angeles Dodgers’ center fielder, Cody Bellinger was walked and then Bellinger stole second base shortly after that. Then the Los Angeles Dodgers’ left fielder, Chris Taylor, came to the plate with 2 outs in the bottom of the 9th inning, and the only thing on his mind was winning the fucking game now and not having to take their chances in extra innings.

Taylor absolutely crushed a pitch by the St. Louis Cardinals relief pitcher, Alex Reyes, to deep right – center field. Taylor’s 2 - run homer flew out of a ball park that was going crazy at that point. His walk – off game – winning home run traveled a total flight distance of 420 feet! Wow, what a game!!! 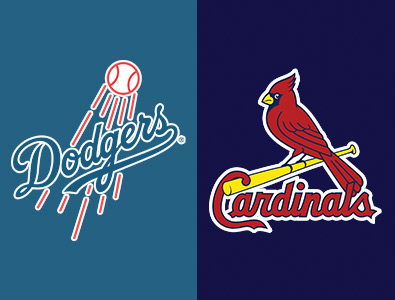 Due to the fact that the Los Angeles Dodgers defeated the St. Louis Cardinals in the single elimination National League Wild Card game, the Dodgers will now face off against the dominant San Francisco Giants. The National League Division Series (NLDS) between the Los Angeles Dodgers and San Francisco Giants begins on Friday, October 8th, 2021 from Oracle Park located in San Francisco, California. The NLDS is a best – of – 5 series so the first team to win three games will advance to the National League Championship Series (NLCS). The NLCS is a best – of – 7 series with a trip to the 2021 World Series on the line.

“That's gonna be fun. Yeah, two of the best regular - season records of all - time. We've been battling all year, so I expect a hard - fought series,” says the hero of this baseball game, Chris Taylor. That’s huge, knowing I don’t have to do too much, batting in the No. 9 slot after entering to play left field as part of a double switch in the seventh. It kind of settled me down a little bit. Honestly, I was just trying to hit a single. He gave me a good slider to hit and I was able to get it up in the air. It was a grind all night.”

“The whole bullpen stepped up. We’ve been doing it the whole year,” the Los Angeles Dodgers’ closer Kenly Jansen expressed. “Off we go up north now.”

“We won the game. That's all that matters,” Scherzer reported.