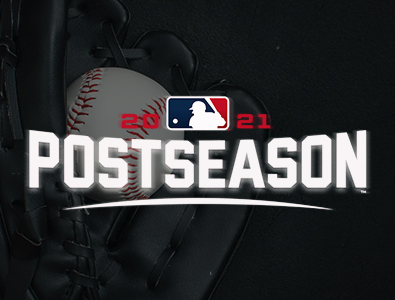 Including today (Wednesday, September 29th, 2021) there are exactly 5 days of baseball left in the 2021 MLB regular season. Now that we are down to the final home stretch of the Major League Baseball regular season, teams have already or are getting ready to clinch MLB playoff spots.

For some teams it is a winning a division title giving them a straight ride to the division series of the MLB postseason, and for some other teams it is making one of the two wild - card spots in both the American and National League in order to play a single elimination game with the winners advancing to the division series of the MLB playoffs. Plus, don’t forget teams are also battling it out for the rights to home field advantage throughout the MLB postseason this year.

While several teams appear to have their divisions locked down tight in both the American and National Leagues, the wild - card race is wide open in both the AL and NL. The wild – card races will most likely come down to the final week or even the final day or so of the 2021 MLB regular season which ends on Sunday, October 3rd, 2021. There is a possibility we could have some bonus baseball on October 4th if there are any tiebreakers to be played prior to heading into the 2021 MLB playoffs.

Below looks at the latest up to date MLB playoff races in both the American League and National League. It clarifies which teams have clinched a postseason spot, who can clinch a playoff spot next, and the upcoming important series to watch or pay attention to.

Who has already clinched a playoff spot?

The 2 Major League Baseball teams with the best overall MLB records as of now are officially in the 2021 MLB playoffs. The San Francisco Giants (103 – 54) clinched at least a wild - card spot with a 9 to 1 win over the San Diego Padres back on September 13th, 2021. The San Francisco Giants are still locked in a close battle with the Los Angeles Dodgers (101 – 56) to win the National League West division, but those 2 teams with the best 2 records in Major League Baseball so far this season are both guaranteed a playoff spot. The Los Angeles Dodgers clinched their own 2021 MLB postseason berth with an 8 to 4 victory over the Arizona Diamondbacks the following day. The only question is which of those teams will go straight to a division series, and which one will face a wild - card single - elimination game this year on Wednesday, October 6th, 2021?

Who can clinch a playoff spot next?

As of the morning of Wednesday, September 29th, 2021 the Houston Astros' magic number to clinch the American League West division of Major League Baseball is currently down to 1.