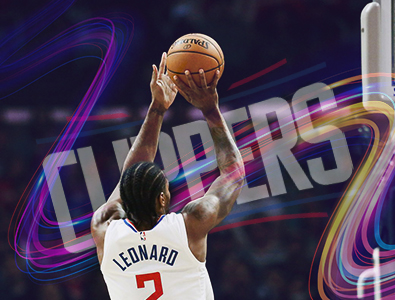 On Thursday, August 12th, 2021 the Los Angeles Clippers have announced that they have agreed upon terms to sign their veteran superstar small forward, Kawhi Leonard, to a 4 – year max contract extension worth up to approximately $176.3 million. This was an extremely important deal for the Los Angeles Clippers if they want to remain competitive in the highly – contested Western Conference of the National Basketball Association. Both Leonard as well as Paul George need to be healthy and at the top of their game of the Los Angeles Clippers want to compete for an NBA championship in the near future.

The new deal between Leonard and the Los Angeles Clippers is a 4 – year max contract extension valued at around $176,265,152. There is no signing bonus or any incentives involved in this new agreement, but there is a player option that Kawhi can exercise during the 2024 – 2025 season of the National Basketball Association.

This contract extension will enable Leonard to earn an average annual salary of $44,066,288. The contract restricts the Los Angeles Clippers to not trade their 5 - time NBA All – Star small forward until December 15th, 2021, and there is a 15 % trade bonus coinciding with this new deal. Kawhi is now scheduled to become an unrestricted free agent once again prior to the 2025 – 2026 season of the National Basketball Association.

Just before this fresh off the press agreement Leonard had previously declined the player option for the upcoming 2021 – 2022 season of the NBA that would have netted the veteran small forward a base salary of $36 million. Although he declined the player option, Kawhi expressed to everyone that he would be returning to the Los Angeles Clippers organization on a longer – term deal in which Leonard just signed to remain in Los Angeles with the Clippers for the upcoming 3 to 4 years. 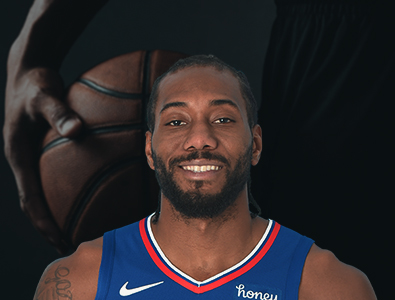 The former 2 – time NBA Finals MVP was born and raised in Los Angeles, California. Leonard first attended high school at Canyon Springs High School located in Moreno Valley, CA, and then he transferred to Martin Luther King High School in Riverside, CA for his junior year of high school. Kawhi was a four – star recruit, and he chose to remain close to home by enrolling at San Diego State University to play his NCAA college basketball career for the San Diego State Aztecs.

Following 2 college basketball seasons with Leonard dominating the Mountain West Conference of the NCAA, he decided to hire an agent and declare himself eligible for the 2011 NBA Draft. The Indiana Pacers selected Kawhi with the 15th overall pick in the first – round of the 2011 NBA Draft, but Leonard was immediately traded to the San Antonio Spurs along with the rights to Erazem Lorbek and Davis Bertans in exchange for George Hill who was sent to the Indiana Pacers via this NBA trade agreement.

"Kawhi is a transcendent player and a relentless worker who improves himself every day. We share many of the same goals, which include a long - term relationship. This agreement marks another important moment for our franchise and our fans, as we strive to create a championship - caliber organization, where players find the success and fulfillment they seek. We're eager to continue building with Kawhi. For now, we will do whatever we can to support him in his recovery from injury. We look forward to seeing him back where he wants to be, on the court with his teammates," the Los Angeles Clippers team president of basketball operations, Lawrence Frank, explained to the media world last week at the NBA summer league in Las Vegas, Nevada.

During Kawhi’s 2 – year NCAA college basketball career at San Diego State University he was named the Associated Press Athlete of the Year in 2019, Consensus Second - Team All - American in 2011, 2 - time First - team All – MWC in 2010 and 2011, his number 15 was retired by the San Diego State Aztecs, and he was named California Mr. Basketball all the way back in 2009.