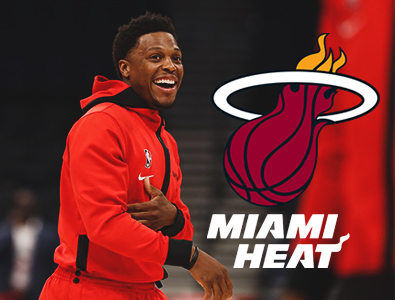 On Monday, August 2nd, 2021 the Miami Heat announced that they have agreed upon terms in order to acquire the explosive and entertaining superstar point guard, Kyle Lowry, from the Toronto Raptors via a sign and trade deal. Lowry’s new deal is a 3 – year contractual agreement worth up to approximately $90 million. The Toronto Raptors will receive power forward Precious Achiuwa as well as point guard Goran Dragic in this sign and trade deal with the Miami Heat.

On the same day that they completed the sign and trade deal to pick up Lowry, the Miami Heat have also decided to retain the services of their young and highly- talented shooting guard, Duncan Robinson. The Miami Heat have agreed upon terms to sign Robinson to a 5 – year contract valued at around $90 million as well. 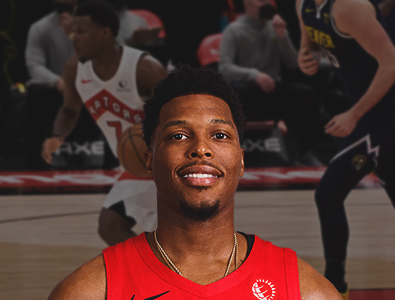 Lowry was born and raised in Philadelphia, Pennsylvania. He attended Cardinal Dougherty High School which is located in Philly, PA. He was a 5 – star recruit who ultimately decided to enroll at Villanova University to play his NCAA college basketball for head coach Jay Wright and the Villanova Wildcats.

Kyle was selected by the Memphis Grizzlies with the 24th overall pick in the first – round of the 2006 NBA Draft. He played for the Memphis Grizzlies from 2006 to 2009, the Houston Rockets from 2009 to 2012, the Toronto Raptors from 2012 to 2021, and now he joins the exciting and young roster of the Miami Heat. The Miami Heat have one of the best teams in the Eastern Conference now with this addition of Lowry and Robinson.

During his illustrious 15 – year career in the National Basketball Association and over the course of his 2 – year NCAA college basketball career at Villanova University while playing for the Wildcats Lowry has accomplished quite a bit as he has experienced a whole lot of success in the basketball landscape that surrounds him. Kyle’s basketball career achievements, honors, and awards include becoming an NBA champion in 2019, 6 - time NBA All - Star in 2015, 2016, 2017, 2018, 2019, and 2020, All - NBA Third Team in 2016, Second – Team All - Big East in 2006, Big East All - Freshman Team in 2005, and his number 1 was retired by the Villanova Wildcats.

Duncan was born and raised in the New England region of the United States of America. He went to high school in Massachusetts as well as in New Hampshire. He began his college basketball career at Williams College and then later transferred to the University of Michigan to play ball for the Wolverines.

He ended up going undrafted, but was originally signed by the Miami Heat in 2018. He played for the Miami Heat’s NBA G – League team in the Sioux Falls Skyforce from 2018 to 2019 before joining the Miami Heat’s official team roster in 2020, and now that he just resigned with the Miami Heat for an additional 5 – years so Robinson should be draining jump shots for the Heat for quite some time now. 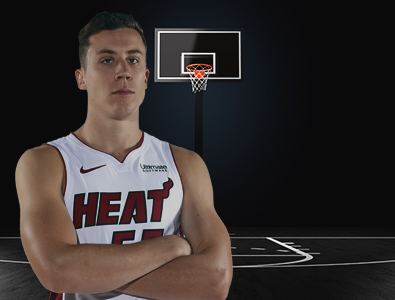 Robinson’s basketball career achievements, honors, and awards consist of being named to the Third - Team All - NBA G League in 2019, Big Ten Sixth Man of the Year in 2018,

"We'll talk about it then," says the Toronto Raptors’ President of Basketball Operations Masai Ujiri during a news conference just prior to the March 2021 NBA trade deadline. "I think we'll talk about them when the time comes at the end of the season. But I think we all know the respect and the sentiment about Kyle and this ball club, and what he's done not only for the city, the team, the country, the league. Honestly, our team can go in many different directions. I keep saying it. We are comfortable with whatever direction we go. Maybe we lost a chance here, but we also think we gained a chance in some other things going forward. This team, especially with what we've gone through this year, could pivot in many different directions. This is where we find ourselves now."