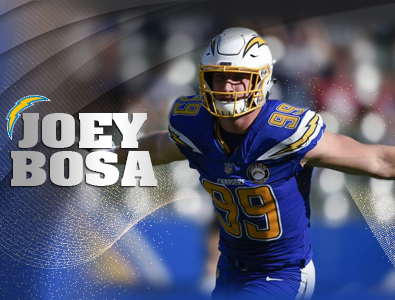 Bosa’s new deal with the Chargers apparently does not have a signing bonus, but $78 million was the guaranteed money due at the time of the signing. His average annual salary is now $27 million, and he is now under contract with the LA tea, through the 2025 – 2026 season of the National Football League. Bosa will now become an unrestricted free agent in 2026.

The aggressive defensive end’s previous contract which was his rookie deal was a 4 year agreement worth up to $25,873,685.00. All of the $25,873,685.00 was guaranteed money, and it was all guaranteed at the time of signing the contract. His previous contract included a signing bonus of $17,017,226.00, and his rookie agreement provided Bosa with an average annual salary of $6,468,421.00. This old deal prior to the extension was set to expire in 2021 when he would have become an unrestricted free agent, but that is obviously no longer the case. 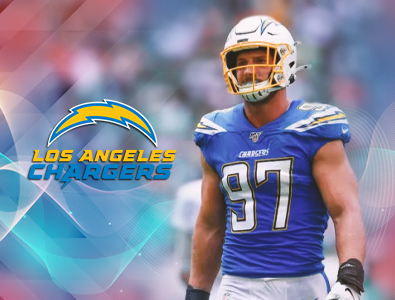 Bosa was born and raised in Fort Lauderdale, Florida. He attended St. Thomas Aquinas High School in Fort Lauderdale, FL, where he played his high school football for the Raiders. Joey decided to enroll at the Ohio State University where he excelled at the defensive end position for the Buckeyes. Bosa helped lead the Ohio State Buckeyes to a College Football Playoffs National Championship in 2014. He was selected by the at the time San Diego Chargers with the 3rd overall pick in the first round of the 2016 NFL draft.

It did not take long for Bosa to dominate on defense for the Chargers as he was named as the Associated Press NFL Defensive Rookie of the Year in 2016. He was selected to the National Football League’s Pro Bowl two times so far (2017, 2019). Throughout his great start to his NFL career, Bosa has already racked up 201 tackles, 40 sacks, 6 forced fumbles, and 1 fumble recovery.

Joey’s father, John Bosa, played defensive end in the National Football League from 1987 to 1989 with the Miami Dolphins. His younger brother, Nick Bosa, who is also a beast at the defensive end position currently plays for the San Francisco 49ers. Nick has only been with the San Francisco 49ers since last season, but he has already made a name for himself as one of the best defensive players in the NFL already.

The San Diego / Los Angeles Chargers have been around in the National Football League for quite some time, and they have only made it to 1 Super Bowl which was in 1994 when they got destroyed by the San Francisco 49ers. They won 1 AFL championship in 1963 when they defeated the Boston Patriots with a final score of 51 to 10. The Chargers are hoping that with Joey Bosa being a big part of their team for the next six seasons that they can contend for a Super Bowl championship. 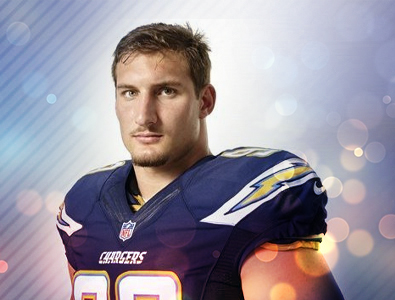 "I just don't really have any comments on contracts," Telesco responded.

"We're set up pretty well looking into the future, even though we do have players that we still would like to extend," says Telesco. "We're going to be just fine and be able to do what we want to do."