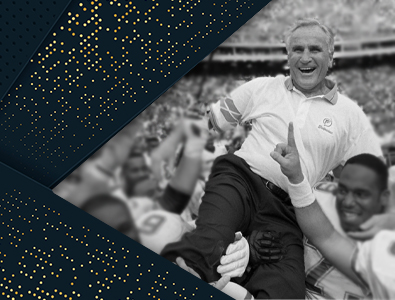 On Monday, May 4th, 2020 the former head coach of the Miami Dolphins, Don Shula, passed away peacefully at his home in Indian Creek, Florida. Shula was 90 years old, and he lived a wonderful and fruitful life. He went down as the most winningest head coach in the National Football League with 347 career wins including the NFL postseason.

Shula played his high school ball at Thomas W. Harvey High School in Painesville, Ohio where he played the starting left halfback position in their single wing offense. He then played his collegiate football at John Carroll University. Shula was selected in the ninth round of the 1951 NFL draft by the Cleveland Browns with the 110th overall draft pick. He played with the Browns from 1951 to 1952 as a defensive back.

The Cleveland Browns then traded Shula to the Baltimore Colts where he played defense for the Colts from 1953 to 1956. He was then picked up by the Washington Redskins and only played for them during the 1957 NFL season before retiring from playing football in the National Football League. He ended his 7 year playing career in the NFL with 21 interceptions as well as 4 recovered fumbles. 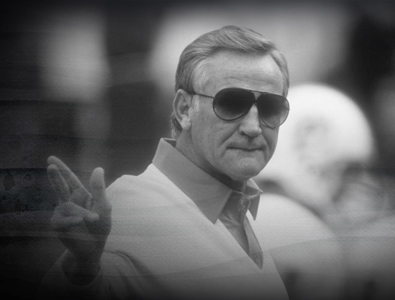 Head Coaching in the NFL

Shula was only the second head coach of the Miami Dolphins, but he immediately put Miami on the sports map as they have never been much of a sports town. Behind great players such as Larry Csonka, Jim Kiick, Mercury Morris, Bob Griese, Earl Morrall, Paul Warfield, Howard Twilley, Jim Mandich, Manny Fernandez, and Nick Buoniconti Shula built a dynasty in the National Football League.

"Don Shula was the patriarch of the Miami Dolphins for 50 years," the Miami Dolphins organization said in a publicly released statement. "He brought the winning edge to our franchise and put the Dolphins and the city of Miami in the national sports scene. Our deepest thoughts and prayers go out to Mary Anne along with his children Dave, Donna, Sharon, Anne and Mike."

"Today is a sad day," says the Miami Dolphins president Tom Garfinkel. "Coach Shula was the rare man who exemplified true greatness in every aspect of his life. He will be so missed by so many but his legacy of character and excellence will endure. All my best to Mary Anne and the Shula family."

"There was no better man or coach in the history of the profession than coach Don Shula," the Miami Heat president Pat Riley stated. "He was tough, courageous and an authentic leader with great integrity in his pursuit of perfection, which he achieved!''

"Don Shula is one of the all-time great coaching figures and the standard for consistency and leadership in the NFL," the head coach of the New England Patriots Bill Belichick expressed. "I was fortunate to grow up in Maryland as a fan of the Baltimore Colts who, under Coach Shula, were one of the outstanding teams of that era. My first connection to Coach Shula was through my father, whose friendship with Coach Shula went back to their days in northeast Ohio. I extend my deepest condolences to the Shula family and the Dolphins organization." 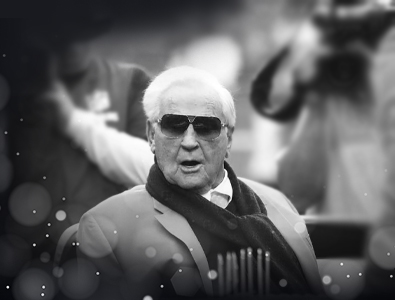 "Don Shula will always be remembered as one of the greatest coaches and contributors in the history of our game. He made an extraordinarily positive impact on so many lives," the NFL commissioner Roger Goodell explained. "The winningest coach in NFL history and the only one to lead a team to a perfect season, Coach Shula lived an unparalleled football life. As a player, Hall of Fame coach, and longtime member and co-chair of the NFL Competition Committee, he was a remarkable teacher and mentor who for decades inspired excellence and exemplified integrity."

"It was the first time in the entire time I've known him where he was genuinely surprised," says the former Miami Dolphins fullback Larry Csonka. "I think he was very happy."

"People think we're a bunch of angry old guys who can't wait for that last undefeated team to get beat," Don Shula remembered. "We're very proud of our record, and if somebody breaks it, I'm going to call that coach and congratulate them. Until they do, it's our record, and we're proud of it."

"If we had won 16 games in a row and lost the Super Bowl, it would have been a disaster, especially for me," says Shula. "That would have been my third Super Bowl loss. I was 0-2 in Super Bowls, and people always seemed to bring that up: 'You can't win the big one.'"

"If I'm remembered for anything, I hope it's for playing within the rules," Shula stated. "I also hope it will be said that my teams showed class and dignity in victory or defeat."