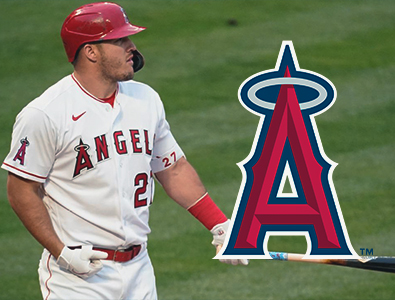 On Monday, May 17th, 2021 the Los Angeles Angels’ three – time American League MVP veteran outfielder, Mike Trout, was forced to exit the ball game against the Cleveland Indians in the first inning due to a strained right calf. Following Trout limping off the field after the final out of the inning, Mike and the Los Angeles Angels initially feared that this injury could have been a ruptured right Achilles tendon, but after the Los Angeles Angels’ medical staff ran diagnostic tests and they confirmed that Trout’s injury that he suffered was diagnosed as a grade 2 right calf strain.

Luckily for Mike and the Los Angeles Angels the grade 2 strained right calf will keep him out of game action for 6 to 8 weeks as opposed to if he tore his Achilles tendon which would have sidelined him for the remainder of the 2021 Major League Baseball season. Obviously, this news is crippling to the Los Angeles Angels as Trout is arguably the best baseball player in the game right now, and his absence from the line – up will most definitely hurt their ball club over the course of the upcoming two months.

Trout commenced the 2021 Major League Baseball season with the finest 30 – game start of his amazing, unbelievable, as well as illustrious MLB career. Although Mike had started to slow down recently, he was still carrying an outstanding .333 batting average with 8 home runs, and 18 runs batted in throughout his first 36 baseball games of the 2021 MLB season.

Trout’s 1.090 on base plus slugging percentage along with his 2.5 Fan Graphs wins above replacement was still leading the major leagues this year. Hopefully the Los Angeles Angels can stay afloat in the American League West division of Major League Baseball with Mike out of action as he recovers from this minor setback.

The Los Angeles Angels' best 2 young prospects are Jo Adell and Brandon Marsh who are both outfielders, and they are with the Los Angeles Angels’ Triple – A affiliate in the Angels’ farm minor league farm system. The 22 – year – old Adell had struggled heavily in the major leagues last year. While the 23 – year – old Marsh was amongst the many individuals that were struggling due to the absence of a minor league season last year because of the COVID – 19 coronavirus pandemic.

The manager of the Los Angeles Angels right now is Joe Maddon, and he has publicly announced that the Angels will not be calling up either Adell or Marsh right now as they are currently not ready for Major League Baseball action at the moment, but they may possibly see time later on during this 162 – game MLB season.

The former catcher, Taylor Ward, had previously recorded only 1 pro inning of baseball at the center field position, will most likely be the player to replace Trout for the time being. Juan Lagares just so happened to win a Gold Glove as the center fielder of the New York Mets' back in 2014 should also expect to see some playing time in center field for the Los Angeles Angels while Mike recovers from his injury. 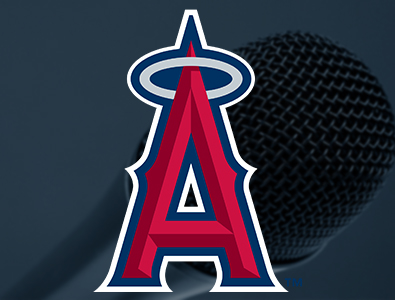 "I thought I got hit by a line drive. I've never felt anything like this before. I felt a pop. I'm really crushed about it. Obviously, I wanna be out there with the guys. We're in a plane or a bus for nine hours, and then we gotta get up and play a game the next day. It's a crazy schedule. I don't know if that had something to do with it, but it's a long season and it's a grind," Mike Trout relayed to the media following the Los Angeles Angels’ 7 to 4 win over the Cleveland Indians on Monday, May 17th, 2021.

According to Intertops sportsbook below are the odds to win the MLB 2021 World Series as of Thursday, May 20th, 2021. Currently the Los Angeles Angels have the 12th lowest odds to win it all for this exciting 162 game regular season of Major League Baseball in addition to the 2021 MLB playoffs.