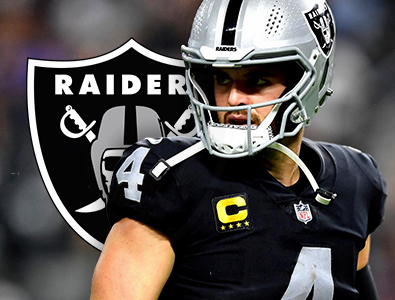 On Wednesday, April 13th, 2022 the Las Vegas Raiders announced that they extending the contract of their starting quarterback, Derek Carr, who is now in the prime of his National Football League career. Carr received a new 3 – year contract extension worth up to approximately $121.5 million.

Carr’s new deal includes a $7.5 million signing bonus as well as $65.3 million in total guaranteed money. The agreement involves a no – trade clause that means that Derek can only be traded if he decided to waive the no – trade clause portion of his contract if for any reason Carr wanted to leave the Las Vegas Raiders.

"But the fact that they keep believing in me and watching the tape and saying, 'Wow, we want you to be here for some more years or some more time,' that means more to me, way more to me than any of the other stuff it has to do with," Derek Carr explained. "It was very clear to me how they felt about me from day one."

"I told my agent, 'I'm either going to be a Raider, or I'm going to be playing golf. I don't want to play anywhere else,'" Carr goes on to say. "That's how much this place means to me. I hope people can hear my heart on that -- that I was dead serious when I [said] that. I had one year left on my contract; if it was one year, it was going to be one year. Thankfully it will be four more. Hopefully we can build on that, I can finish and just do what I set out to do nine years ago, and that was to win a championship." 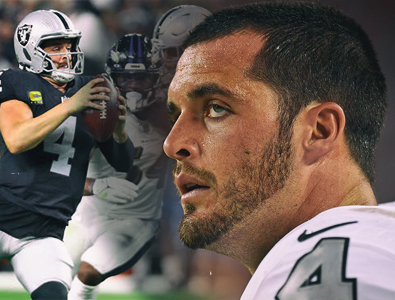 Derek had one of his best seasons playing quarterback in the NFL last year. He is coming off an NFL season with his career – high in passing yards with 4,804 and touchdown with 23, also he had a career - worst 14 - interceptions and 40 – sacks. The Las Vegas Raiders recorded an overall regular season record of 10 and 7, and Carr led the Las Vegas Raiders to the NFL postseason for the only the 2nd - time since 2002 even with all the ridiculously interfering distractions revolving around his football team.

The distractions included the resignation of their head coach and overall football guru in Jon Gruden, the arrest and eventual release of their young and highly – talented receiver Henry Ruggs III, as well as the ultimate release of their star cornerback Damon Arnette.

Despite all these factors the Las Vegas Raiders found themselves a spot in the NFL playoffs in which they lost in the wild - card round to the eventual AFC champion Cincinnati Bengals with a final score of 26 to 19. Carr threw an unfortunate 4th – and – goal interception right in front of the goal line with 12 seconds remaining as the Las Vegas Raiders were threatening to score late in that wild – card NFL postseason game.