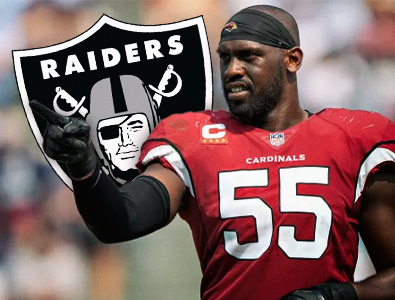 The previous free agent of the NFL as well as the 32 – year – old outside linebacker out of the Syracuse Orange University has been one of the top pass – rushers in the National Football League since joining the Arizona Cardinals in 2016 following a trade between the New England Patriots and the Arizona Cardinals.

Mr. Jones has racked up sacks in the double - digits 5 out of his 6 – NFL seasons with the Arizona Cardinals. The only year he did have double – digit sacks with the Arizona Cardinals was during the 2020 – 2021 NFL season, when NFL year was cut short and ended with just 1 – sack following him playing in only 5 – games due to a bad bicep injury that he suffered early on during that pro football season.

"Give us good players," the Las Vegas Raiders defensive coordinator, Patrick Graham, mentioned a week or so ago, "and we'll be good to go." 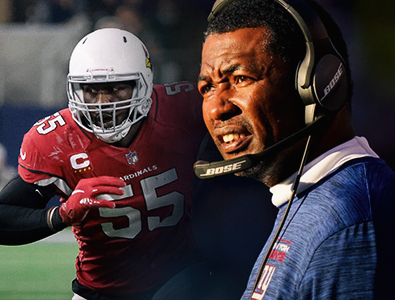 The newly headquarted NFL franchise of the Las Vegas Raiders did indeed resign their young and explosive defensive end, Maxx Crosby, who was the NFL Pro Bowl defensive MVP, and Crosby signed a contract extension worth up to approximately $95 million just a week ago.