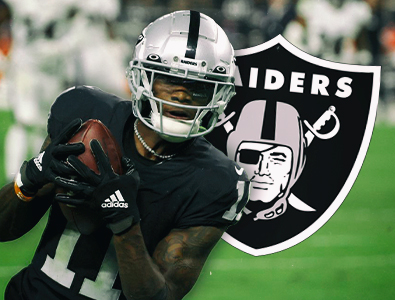 On Tuesday, November 2nd, 2021 the Las Vegas Raiders second – year superstar wide receiver, Henry Ruggs III, was involved in a fatal car crash that ended up killing a woman and her dog in a fiery blaze of death and destruction. Ruggs III was charged with multiple felony charges for his involvement in the fatal vehicle collision that took place on early Tuesday morning.

At 3:39 in the morning on Tuesday, November 2nd, 2021 Ruggs III and his female passenger were traveling at an extremely high rate of speed in a beefed – up high – performance Chevrolet Corvette in a busy residential area several miles just west of the Las Vegas Strip when they collided into the rear of a Toyota Rav – 4. The Rav – 4 carrying a 23 – year – old woman and her dog immediately burst into flames instantaneously killing the female victim and her defenseless canine.

The 22 – year – old wide receiver of the Las Vegas Raiders and his female companion were first transported to a local hospital and treated for minor injuries before being taking into police custody. The Las Vegas Metro Police formally charged Henry Ruggs III with multiple felony charges including driving under the influence of alcohol resulting in death as well as reckless driving.

Later on, reports surfaced that Ruggs III was driving at speeds exceeding 150 miles per hour in his Corvette when he struck the victims vehicle, and Henry’s blood alcohol content level was twice the legal limit for drivers in the state of Nevada. For these charges in Clark County, Nevada Ruggs III now faces extensive time in prison.

Probation is definitely not an available option in Nevada for a conviction on a charge of DUI causing death or DUI causing substantial bodily injury. Both of those charges carry a possible sentence of 2 to 20 years in the state penitentiary. That is in addition to a possible 1 - 6 years of prison time for reckless driving. Ruggs III could potentially face up to approximately 46 years behind bars in prison if he is convicted on all of the charges that he will have to face sometime soon in the near future.

The district attorney stated that he may be also filing a weapons charge against Ruggs III. Apparently, Henry was in possession of loaded firearm in his vehicle at the time of the deadly car crash. He may now have to face the additional charge relating to possessing a firearm while under the influence of alcohol.

Ruggs III is not due in court again until November 10th, 2021, and only time will tell how this poor decision will affect this young NFL star wide receiver. His career in the National Football League is most likely over now which goes to show you that that one little mistake can absolutely destroy your entire life that you worked so hard to create. It is absolutely unacceptable that Ruggs III felt like he could do what he was doing with no consequences. 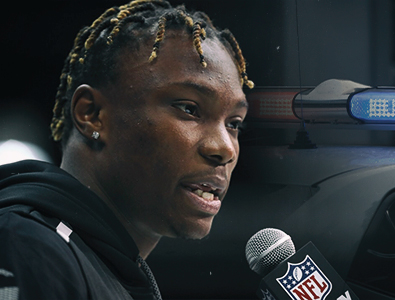 The Las Vegas Raiders Reaction to the Incident

"The Raiders are aware of an accident involving Henry Ruggs III that occurred this morning in Las Vegas. We are devastated by the loss of life and our thoughts and prayers go out to the victim's family. We are in the process of gathering information and will have no further comment at this time," the Las Vegas Raiders expressed in a recently released statement to the public.

A spokesman of the National Football League, Brian McCarthy, stated, "Our hearts go out to the family and friends of the victim of this horrific tragedy. We will continue to gather facts and monitor the matter under our policies, but our thoughts at this time are with those impacted by this devastating incident."

"This is particularly tragic," the prosecutor explained to the judge in this case. The prosecutor revealed to the judge that ever since 2013, the National Football League Players Association has contracted with rideshare providers in order to offer free transportation to their members, "specifically to prevent tragedies such as this."