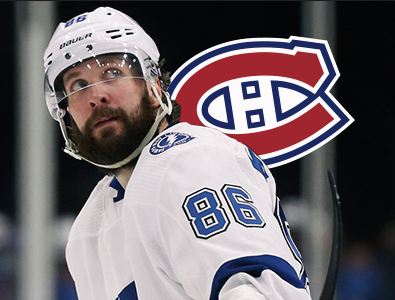 The unbelievable play from the Tampa Bay Lightning’s superstar right – winger, Nikita Kucherov, continued on the ice last Monday night in game 1 of the 2021 Stanley Cup Finals against the Montreal Canadiens. Kucherov has been banged up as he played very sparingly in game 6 and was considered to be questionable heading into game 7 of the Stanley Cup semi – finals against the New York Islanders. Not to mention that Nikita was sidelined for the entire 2020 – 2021 NHL regular season as he rehabbed from a December 29th, 2020 surgical procedure on his hip.

Although Kucherov is listed as day – to – day on the injury report of the National Hockey League he is still managing to lead the Tampa Bay Lightning by lighting the lamp throughout Nikita’s amazing 2021 NHL postseason run. In game 1 against the Montreal Canadiens, Kucherov shot two pucks to the back of the net for two goals in the third period as well as picking up an assist on another goal by Steven Stamkos also in the third period of the game. Nikita’s 3 points late in game 1 enabled him to reach an extremely rare and difficult playoff achievements.

Nikita has now made some unreal history in National Hockey League as Kucherov became one of only three players in the history of the NHL to have ever scored 30 or more points in consecutive postseasons. The other two players to have ever accomplished that unbelievable feat are Wayne Gretzky and Mario Lemieux who were two of the best players to ever lace up ice skates and pick up a hockey stick. Not only did Gretzky and Lemieux have long and decorated careers in the NHL filled with all sorts of records, trophies, and other impressive honors, but they both dominated when it counted the most as in the NHL playoffs.

It seems as if Kucherov may have that in common with them as he is becoming one of the best players in the NHL postseason year after year. Right now, it looks like Kucherov is the leading candidate to win the 2021 Conn Smythe Trophy for being the most valuable player (MVP) of the National Hockey League’s Stanley Cup playoffs.

"That's one of the best players in the world," the captain of the Tampa Bay Lightning, Steven Stamkos, said regarding Nikita Kucherov. "He's playing like a beast right now. He's so, so good."

"Guys are battling through injuries; it's kind of an inspiration to others, and so it's uplifting, watching what guys fight through, especially at this time of year," the head coach of the Tampa Bay Lightning, Jon Cooper, explained. "And [Kucherov is] doing that and clearly he was rewarded for it tonight and in how he played and some of the results. It's Finals time, and everybody's playing banged up and fortunately for this group, why we probably had some success because everybody's fighting through it." 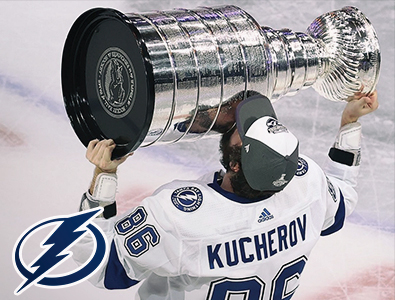 For those interested in sports betting!!! According to My Bookie sportsbook these are the odds as of Tuesday, June 29th, 2021 to win the 2021 NHL Conn Smythe Trophy.