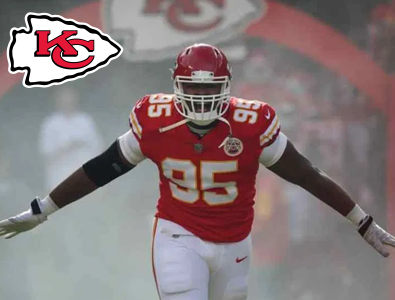 Earlier this week the Kansas City Chiefs and their young star defensive tackle, Chris Jones, have agreed to terms on a 4 four contract worth up to $85 million. This deal will ensure that Jones is with the Chiefs through the 2023 – 2024 NFL season after which the defensive tackle will become an unrestricted free agent.

This new deal between Jones and the Kansas City Chiefs is a four year agreement for $80 million which will make Chris’ annual salary $20 million per season. The contract includes a guaranteed $37 million at the time of the signing, and it also involves $60 million of total guaranteed money. This deal has $5 million in incentives built in to it as well.

Jones was born and raised in Houston, Mississippi. He attended Houston High School in Houston, MS where he played football for the Hilltoppers. He was a five star recruit, and he was ranked amongst the top of the football players from his class. Jones decided to play his collegiate football at Mississippi State University. Throughout his three seasons with the Bulldogs he excelled greatly on the field.

With the 37th overall selection in the second round of the 2016 NFL draft the Kansas City Chiefs picked Jones. Throughout Chris’ time in the National Football League he helped the Chiefs defeat the San Francisco 49ers in Super Bowl LIV. He was selected to the 2019 NFL Pro Bowl, and in 2018 he was named to the NFL’s Second Team All Pro.

In the four seasons in the National Football League with the Chiefs, Jones has recorded 136 tackles, 33 sacks, 7 forced fumbles, 20 pass deflections, 2 interceptions, and 1 defensive touchdown. Those numbers are absolutely amazing for a defensive tackle, and Jones has definitely earned his huge $80 million plus contract with the Kansas City Chiefs.