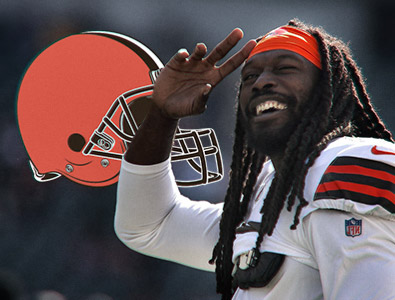 On Sunday, May 22nd, 2022 the Cleveland Browns announced that their explosive veteran star defensive end, Jadeveon Clowney, has agreed upon to re - sign with the struggling Cleveland Browns on a 1 - year contract worth up to approximately $11 million. Clowney had one of his best years in the National Football League with the Cleveland Browns during last year’s 2021 - 2022 NFL season.

Clowney completed the 2021 - 2022 NFL season by compiling a total of 9 - sacks as well as 2 - forced fumbles for the Cleveland Browns last year while playing opposite the NFL All - Pro pass - rusher in Myles Garrett, who, a lot like the intense Clowney, also was a number - 1 overall NFL draft pick.

The now 29 - year - old Jadeveon previously signed with the Cleveland Browns in April of 2021 on another 1 - year contract worth up to around $10 million, and that agreement just so happened to include a total of $750,000 in additional sack bonuses.

Prior to the 2021 - 2022 NFL season, Jadeveon was forced to tough it out through several serious injuries throughout his up and down career in the National Football League. Clowney struggled mightily throughout the 2020 - 2021 NFL season with the Tennessee Titans, finishing without a single sack during 8 - regular season NFL games prior to enduring a severe season - ending knee injury that necessitated a surgical procedure in order to repair that injured knee. That is most likely why the Tennessee Titans ultimately decided not to re - sign Clowney for the next upcoming NFL season after that.

This last season of the National Football League with the Cleveland Browns, Jadeveon remained healthy for the most part, by playing in 14 - total NFL regular season football games. Clowney finished extremely strongly as he was able to get 2 - sacks as well as a forced fumble during the Cleveland Brown's final regular - season NFL match - up. Afterward, Jadeveon showed a strong an interest in returning to the Cleveland Browns, but he had also mentioned that he wanted to capitalize financially off of one of his best football seasons that he has played in the National Football League so far during his NFL career. 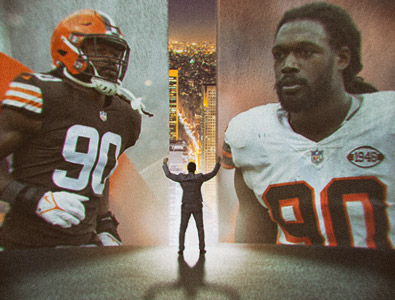 "You play at a high level," the Cleveland Browns veteran star defensive end, Jadeveon Clowney expressed, "you want to get paid."

NFL Football Career from being Drafted up until Now

The Houston Texans made Jadeveon Clowney the overall number - 1 pick during the 2014 NFL Draft. The 3 - time NFL Pro Bowl selection has racked - up a respectable 41 - sacks, 292 - tackles, 12 - forced fumbles, 20 - pass deflections, 1 - interception, and 4 - defensive touchdowns throughout his decent 8 - year career in the National Football League.