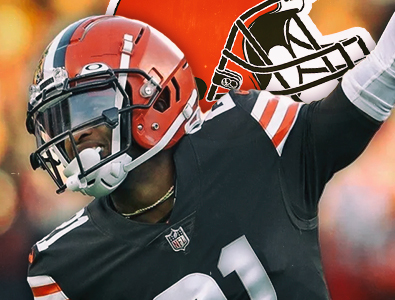 On Monday, April 18th, 2022 the Cleveland Browns announced that they have decided to sign their young superstar cornerback, Denzel Ward, to a 5 – year $100.5 million contract extension. Ward has now become the highest – paid cornerback ever in the rich history of the National Football League.

The now age – 24 – years – old, Ward, is currently the highest - paid cornerback in NFL history as he will earn an annual average salary of $20.1 million pushing him ahead of the previous record holder in Jalen Ramsey, who had been the highest - paid cornerback at $20 million per season on the contract Ramsey signed with the Los Angeles Rams in 2020.

Ward’s new deal includes a total of $71,250,000 in guaranteed money. Denzel will now become an unrestricted free agent once again prior to the 2028 – 2029 season of the National Football League. At that time Ward will be 31 – years – old.

The young and exciting cornerback presently of the Cleveland Browns was born and raised in the state of Ohio, and he played his NCAA college football at the Ohio State University with the Buckeyes.

The Cleveland Browns selected Ward with the 4th – overall pick in the 1st – round of the 2018 NFL Draft. Denzel has played well with, and he has succeeded in the National Football League for the past 4 – football seasons.

Throughout the course of his short and explosive 4 – year NFL career Ward has compiled a total of 183 – tackles, 0.5 – sacks, 50 – pass deflections, 10 – interceptions, 2 – forced fumbles, 3 – fumble recoveries, and 2 – touchdowns. Hopefully now Denzel can help turn the Cleveland Browns around into a perennial winning football franchise in the National Football League. 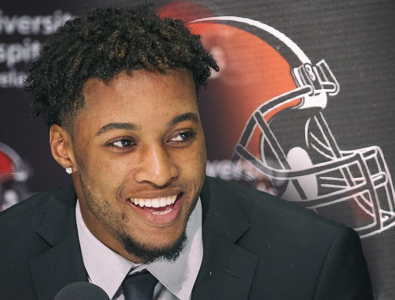 "I been waiting on somebody else to touch that 100 club & you DEFINITELY DESERVE IT @denzelward ... congrats," the Los Angeles Rams star cornerback, Jalen Ramsey, tweeted.

“Loss of words, I’m blessed. I want to thank the Haslams, J. W. Johnson, Andrew Berry, coach Stefanski, and the rest of the browns organization for continuing to to believe in the home - grown kid and allowing me to represent this organization and city of Cleveland where I’m from @Browns. And big shout out and respect to my agent @ToryDandy of CAA sports on the work he put in to finalize my contract. Still work to be done Cleveland but I’m here to stay and work towards what we all set out to do when playing this game! #win!,” Denzel Ward tweeted.