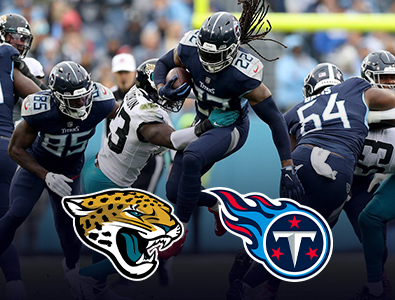 On Saturday, January 7th, 2023 the Jacksonville Jaguars played against the Tennessee Titans with the AFC South division championship title on the line in which the winner of this week - 18 game of the 2022 - 2023 NFL regular season would win the division and ultimately host a first round NFL playoff game this year.

The Huge Turnaround by the Jacksonville Jaguars this Season

The Jacksonville Jaguars just finalized their worst - to - first NFL journey by defeating the Tennessee Titans with a final score of 20 to 16 last Saturday night at TIAA Bank Field located in Jacksonville, Florida in order to win the AFC South division of the NFL, and that victory puts them back in the NFL postseason for the first time since the year of 2017 when Blake Bortles was their quarterback.

The now 9 and 8 Jacksonville Jaguars who finished last in the AFC South with a dismal overall record of 3 and 14 last season are now the number 4 - seed in the AFC playoff landscape, and are now currently scheduled to host an NFL playoff game against the number 5 - seed of AFC next weekend.

The Jacksonville Jaguars now just became the 5th - NFL franchise since the 1970 AFL / NFL merger to win their division title only 1 - season following posting the entire league's overall worst record. The last team in the National Football League to accomplish this feat was the 2008 - 2009 Miami Dolphins.

The Jacksonville Jaguars Week - 18 Game vs. the Tennessee Titans

The Jacksonville Jaguars trailed nearly the majority of last Saturday night’s game up until the Jacksonville Jaguars safety, Rayshawn Jenkins, sacked the Tennessee Titans quarterback, Josh Dobbs, on a mad blitz which inevitably created a fumble that the Jacksonville Jaguars linebacker, Josh Allen, managed to return 37 - yards for the go - ahead touchdown score with only 2 - minutes and 51 - seconds left to play in this decisive AFC South divisional showdown on the last week of the 2022 - 2023 NFL regular season. 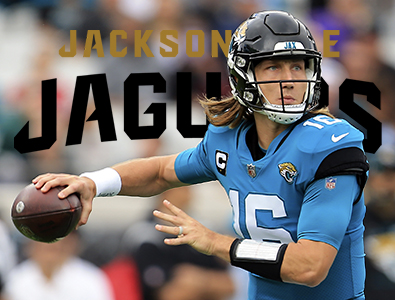 Things really turned around for the Jacksonville Jaguars after their 21 to 17 defeat at the hands of the Denver Broncos in London's Wembley Stadium on Sunday, October 30th, 2022. The Jacksonville Jaguars quarterback, Trevor Lawrence, played extremely badly that day as he threw 2 - interceptions, including 1 in the end zone, and he managed to record the 3rd - worst passer rating of his career that day. The Jacksonville Jaguars lost their 5th - football game in a row on that day. Lawrence said the defeat "flipped a switch" that truly motivated him, and that he started playing football with confidence and a serious attitude ever since that performance out in London.

From then on through week - 17, Trevor has been playing like one of the very best and elite quarterbacks in the National Football League as he is leading the entire league in completion percentage as well as ranking 2nd in passer rating for all qualified quarterbacks in the NFL right now.

The Jacksonville Jaguars were 2 and 11 under Meyer prior to getting rid of him and 1 and 3 with their interim head coach in Darrell Bevell to finish with a piss poor record of 3 and 14 in 2021. After a search that lasted longer than a month, the Jags team owner, Shad Khan, chose the former Super Bowl - champion coach in Doug Pederson, who is now going to make his 4th - playoff appearance during just his 6 - seasons as a head coach in the National Football League.