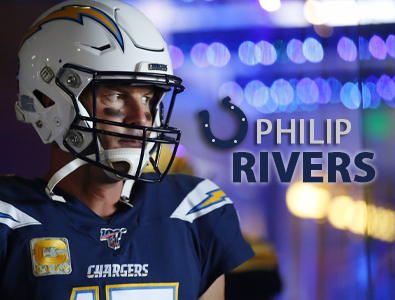 Earlier this month the Indianapolis Colts signed veteran quarterback Philip Rivers to a 1-year contract valued at approximately $25 million. The new agreement includes a signing bonus of $12 million as well as $25 million in guaranteed money. The 38-year-old gun slinger will become a free agent once again in 2021 as this was just a simple deal covering only this upcoming 2020 – 2021 NFL season.

The Alabama native played his collegiate football at North Carolina State University. Rivers was selected in the first round of the 2004 NFL draft with the fourth overall pick, and with a draft day deal involving Eli Manning he was sent to and began his career in the National Football League with the San Diego Chargers.

Rivers played with the San Diego Chargers and later on the Los Angeles Chargers from 2004 to 2019. In February of 2020 the Los Angeles Chargers decided that they would not resign their long time starting quarterback allowing him to become an unrestricted free agent this offseason. In terms of this upcoming football season the LA Chargers will most likely start Tyrod Taylor at quarterback, and they will most likely select a QB with their first round pick in the 2020 NFL draft scheduled for the end of this April.

The Indianapolis Colts unfortunately lost their franchise quarterback, Andrew Luck, to an unexpected early retirement prior to the 2019 – 2020 NFL season. The Colts started their back up quarterback, Jacoby Brissett, last year. Although he showed signs of potential early on leading Indy to a 5 and 2 record, his stock plummeted shortly after that due to a knee injury as well as accuracy problems when he was on the field. The Colts finished up with a record of 7 and 9 last season as they lost 7 of their final 9 games resulting in them missing the playoffs for the fourth time over the past five years.

The Indianapolis Colts ultimately decided that they needed to bring in a new quarterback that they knew they can trust and rely on, and they immediately pursued the services of Philip Rivers to fulfill that need. Rivers walked into a nice situation with the Colts as they have an outstanding offensive line paired with a solid running game that ranked 7th overall last season. He has solid targets to throw to as well. Look for the old cagey veteran to bounce back well after a poor season last year in Los Angeles with the Chargers. His presence should immediately improve the Indianapolis Colts as long as he manages to remain healthy during the 2020 – 2021 NFL season. 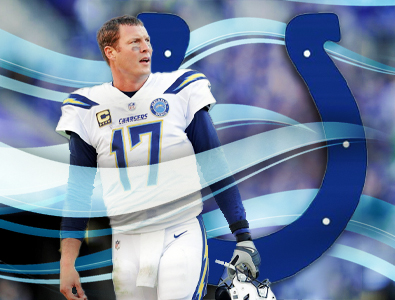 "I think really where we settled in is I still love to play, certainly not coming off my best year [in 2019], but I know I still can play at a high level," Rivers stated. "... It was one of those deals where we said if there's nothing else out there then that'll be our answer. I don't want to just try to hang on to play.

"The fact it ended up being with this organization, it made it that much more exciting to keep going," Rivers goes on to say.

"Philip is one of the most decorated quarterbacks in the NFL and we are fortunate to add an experienced player of his caliber to our organization," the Indianapolis Colts general manager Chris Ballard proclaimed. "His familiarity with our coaching staff and offensive system in addition to his experience were attractive qualities during our evaluation process. Philip is a fierce competitor and his veteran leadership will be crucial in the continued development of our young roster."

"We communicate the same way," says Rivers. "I know what those guys are trying to get out of a play and why they are calling this. They understand how I think and why I look for things. There's a good dynamic there in the way we think. I do think there's a trust factor that was built there in our time in San Diego. I think that's important to have that trust."

"I take it one year at a time," Rivers explained. "If I feel good, I'll keep going. I don't want to get carried away. You won't see me in the Tom Brady [age] range. I still feel like I can help a football team go win a championship."